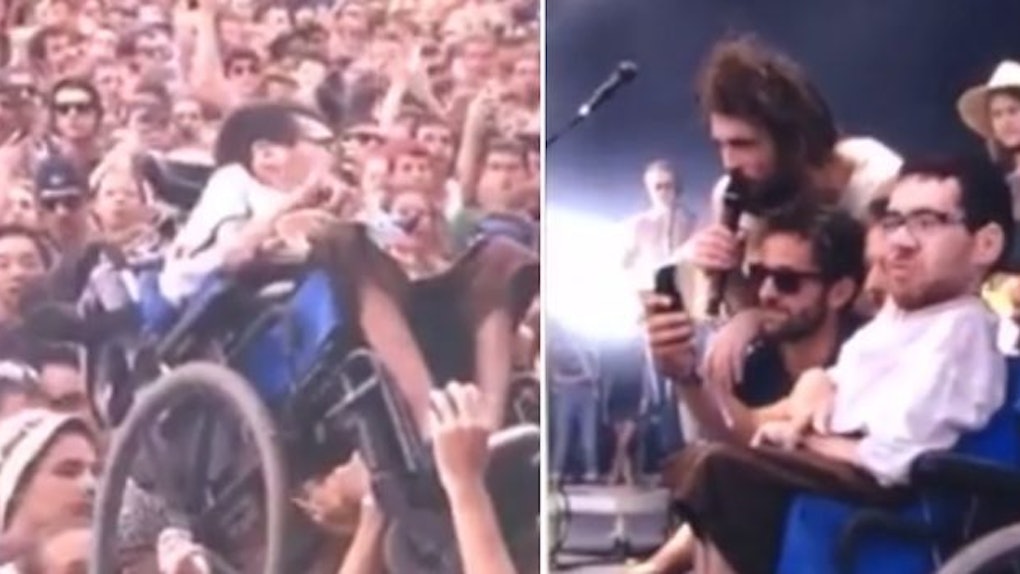 Man In A Wheelchair Crowd Surfed At A Concert, And It'll Warm Your Heart (Video)

Edward Sharpe and the Magnetic Zeros' set at Osheaga Music & Arts Festival is the place where dreams come true, and frontman Alex Ebert is the gatekeeper.

During the Montreal festival, local musician Jason Bajada took a video of the crowd of people lifting up a wheelchair-bound man and passing him above their heads toward the stage.

Ebert took notice mid-set. He introduced himself to the man and his friend, whom Ebert introduced as "Frank and Vince," and he invited them on stage.

Once security lifted the wheelchair-bound man safely over the guardrail and onto the stage, the band began playing “If I Were Free,” and a singing Ebert knelt to take a selfie with his two guests during the performance.

Bajada posted the video to his Facebook page with the caption,

This had me in tears. One of the most beautiful moments I have had the chance to witness. Faith in humanity restored!

This had me in tears. One of the most beautiful moments I have had the chance to witness. Faith in humanity restored!Avoir les larmes aux yeux. Un des plus beaux moments du weekend. #osheaga Posted by Jason Bajada on Monday, August 3, 2015