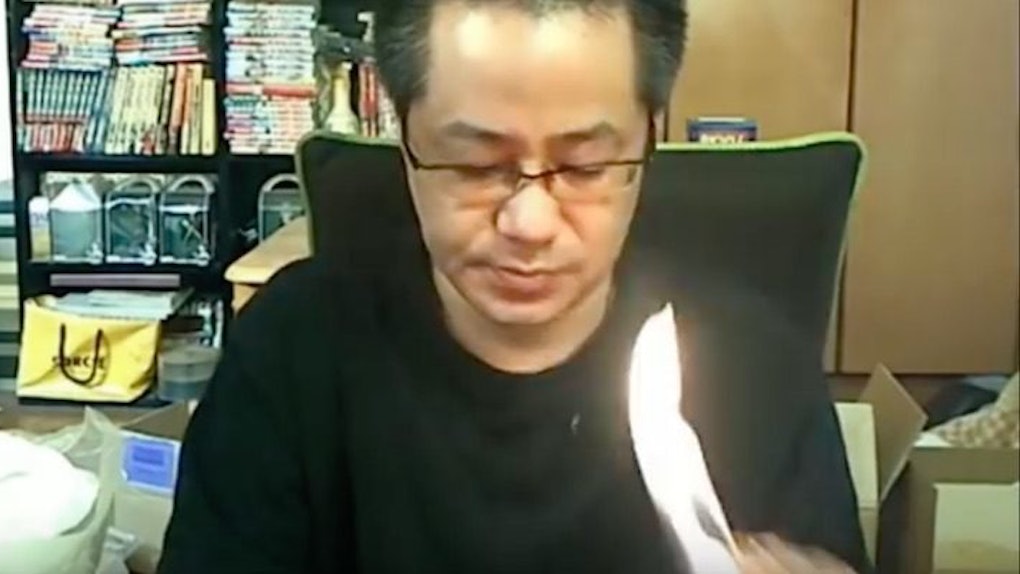 A man started a huge fire in his home while filming himself demonstrating how to use a strange lighter.

The lighter in the video features a surface that produces a flame when struck with a match. The man tries to use this function several times but fails to light the match.

He refills the lighter, dips the match into the hole for the lighter fluid and cleans the match off with a tissue before trying to light it again. After a few tries, the match gets lit, but the entire lighter also turns into a ball of fire. The man throws down the lighter and appears to put out the flame.

But he also throws the match -- which is still lit -- into a trash bag right next to him where he previously disposed of a tissue covered with lighter fluid. The trash erupts in flames.

He pours water on the fire and tries to bat it down with thick material, but the flames persist, prompting him to abandon the room in the minutes to follow.

Cosmopolitan reports the man escaped the fire and was not hurt.

Citations: Watch a Guy Burn Down His Home Because He Was Showing Off a Lighter (Cosmopolitan)