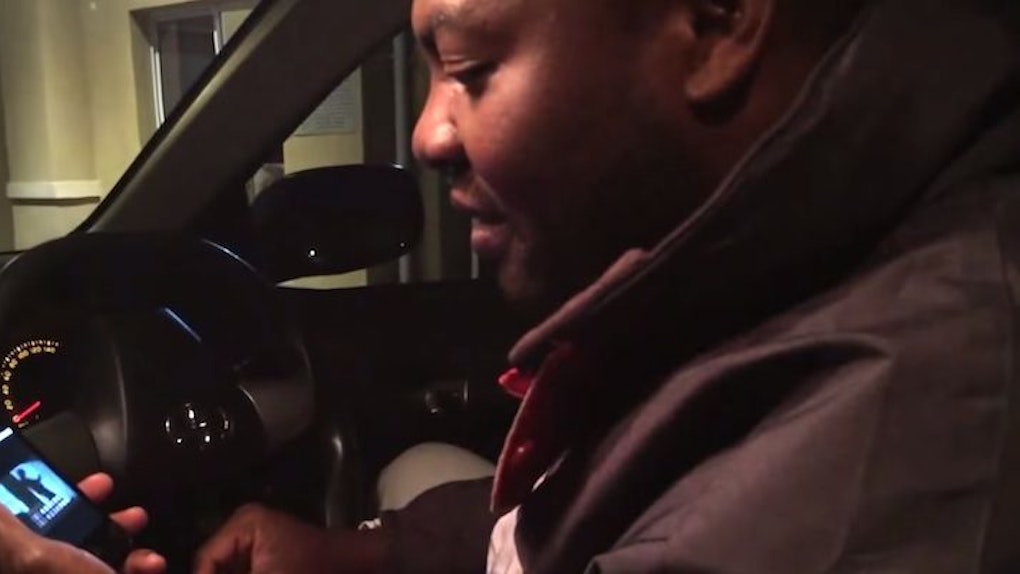 This touching video shows just how powerful music can really be.

According to a Redditor, the man in this video used to live in Congo with his mother. One day, the two went to a local grocery store and heard an Asian song playing over the sound system.

The mother instantly fell in love with the foreign tune and asked the store’s owner for the song’s name. Instead, he just gave her the tape.

For years, the man’s mother would play that tape, and he soon came to associate the song with her. It became a comfort; it was the sound of being home.

Later, the mother and her son moved to South Africa, losing the beloved tape along the way. The mother died soon after, and the man was devastated to lose both his mother and his most-prized memory of her.

So, picking up a job as a cabbie, he began searching. He’d hum to his Asian passengers, hoping they’d recognize the song  -- but to no avail.

Recently, the man picked up a Taiwanese couple. Automatically, he began humming the tune to them. For the first time, he found people who recognized the song.

This video shows the moment he hears the song for the first time in two decades. It’s clear it wasn’t finding the song that mattered to him but, rather, being united with that piece of his mother again.

It’s a beautiful video, so check it out above.