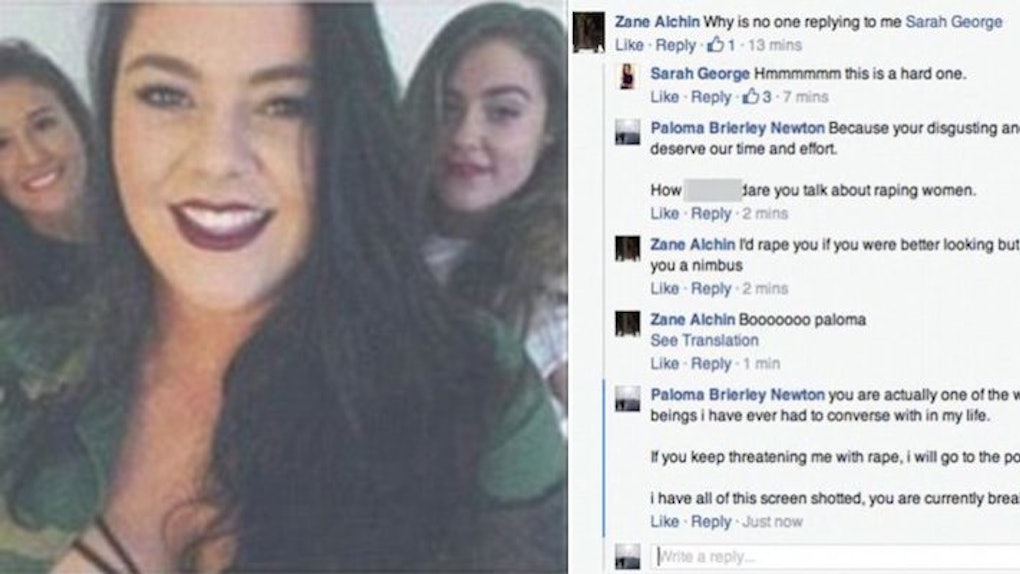 Zane Alchin felt the need to put Olivia Melville and her friends in their places with a barrage of rape threats when Melville used explicit lyrics from a Drake song in her Tinder bio.

Now, months later, Alchin is being charged with using a "carriage service to menace, harass or cause offense," Daily Mail reports.

The slut-shaming started when Tinder user Chris Hall swiped upon Melville's profile and posted a screenshot of her bio to Facebook with an insulting caption.

Alchin jumped in with brutal threats and continued even after women warned him they'd show screenshots of his comments to police.

After learning Alchin was safe from prosecution under laws that had yet to catch up with the Internet age, a group of women founded Sexual Violence Won't Be Silenced, a campaign to convince law enforcement to recognize online threats as serious matters.

They joined with activist group House of Riot to create a t-shirt for the campaign which reads, “Shameless Slut.”

This week, SVWBS announced Alchin had been charged by authorities, thanks to now 9,000 Facebook followers and over 15,000 signatures on its petition.

In light of their victory, the women promised,

Regardless of the outcome of this legal case, SVWBS will continue to fight for better laws, training and education surrounding online harassment.

Trolls may come with the territory of the Internet, but, with any luck, rape threats don't have to.