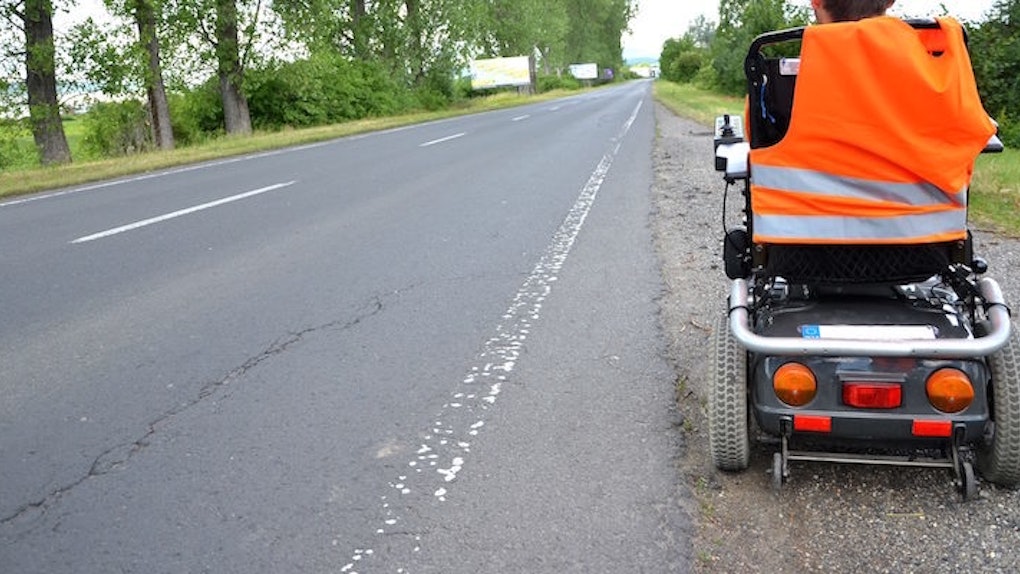 There are times in our lives when we are faced with chances to overcome the odds and achieve our goals.

Sure, in any given situation someone may have physical, emotional or societal limitations that appear to block his or her ability to follow a true path, but it is the act of standing up to those adversities that builds character within.

It is this act that allows someone to test his or her limits and set new boundaries to scale.

I can only imagine this is exactly what 54-year-old Ronny Scott Hicks was thinking when he acknowledged he may be in a motorized wheelchair, but that wasn't going to stop him from doing what he loves to do most in this world: getting DUIs.

The Florida resident was arrested and sent to Brevard County Jail after cops responded to reports he was blocking several lanes on a bridge with his wheelchair at the AIS Trail Park in Palm Bay, Florida, NBC News reports.

When police showed up, Hicks reportedly smelled of booze and refused to take a sobriety test. He also had a mysterious head wound nobody is quite sure how he sustained.

Currently, Hicks is being held on $5,000 bail after being charged with a felony DUI.

Hicks does have a pretty extensive history of operating vehicles completely sloshed. He was reportedly arrested at least twice before for DUIs, once in 1998 and again in 2013. However, it isn't clear if these arrests happened while he was driving a car or operating some other motorized medical device.

Drinking and driving a razor scooter? Doing E on a segway? Taking a bunch of ludes while operating a John Deere lawn mower?