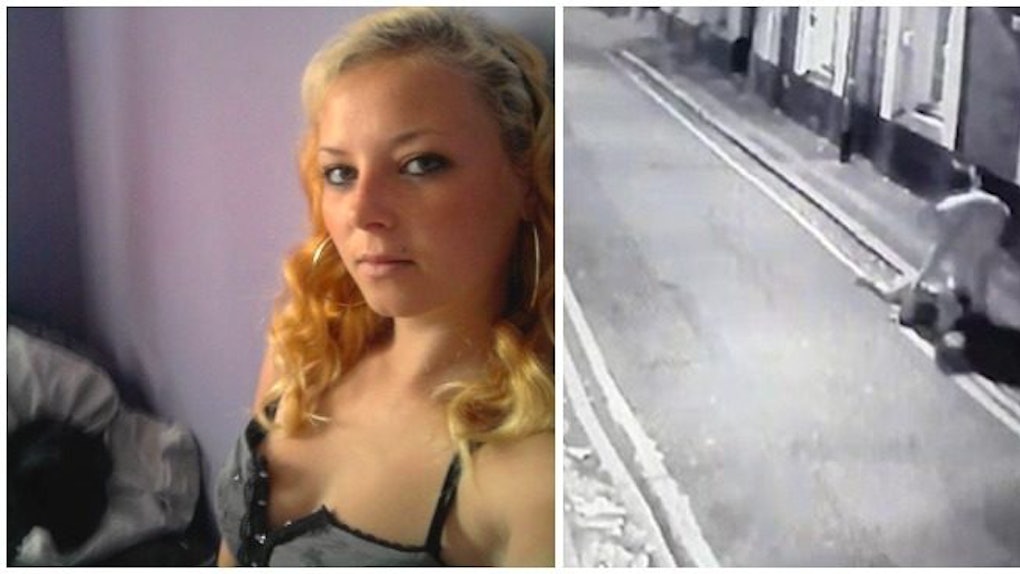 Shocking footage shows a man dragging his girlfriend's body along a sidewalk after their anniversary celebrations turned sour.

James Davies has been jailed for the brutal attack on his now ex-partner Charlie Davies, with left her with sickening injuries to her face.

Charlie, 24, has spoken out about the vicious assault for the first time and has released the full three-minute surveillance camera clip of the incident that happened in Kent, England.

The video, which some viewers may find upsetting, shows Davies, 28, repeatedly punching the mother in the head and dragging her body along a road and sidewalk.

Charlie, who has revealed her identity for the first time, said she is still suffering from the effects of the attack,

On the night of the attack, the couple had gone out for a curry to celebrate their first anniversary.

But, according to Charlie, Davies drank 15 pints of beer and some mixers and falsely accused Charlie of cheating on him, saying he suspected she would break up with him.

She said she got out of the car to walk to her mom's house when he punched her "full pelt in the face about 10 times."

The video shows Davies dragging Charlie past an elderly couple, who witness the shocking sight but do not try to help.

Charlie drifted in and out of consciousness during the sustained attack, and can't remember anything beyond being dragged home.

But she believed she managed to escape because when shocked witnesses called the police, officers found her lying outside crying.

Davies pleaded guilty to causing actual bodily harm and was jailed for 18 months at Maidstone Crown Court in December.

Judge Charles Macdonald QC said force had been used "in both directions" during the relationship, adding,

It was a very sustained attack. It is also a case where the intention was to do more harm than actually occurred. This was a case of domestic violence. You were drunk. There is genuine remorse and there was some provocation. Clearly, this is a case for immediate custody.