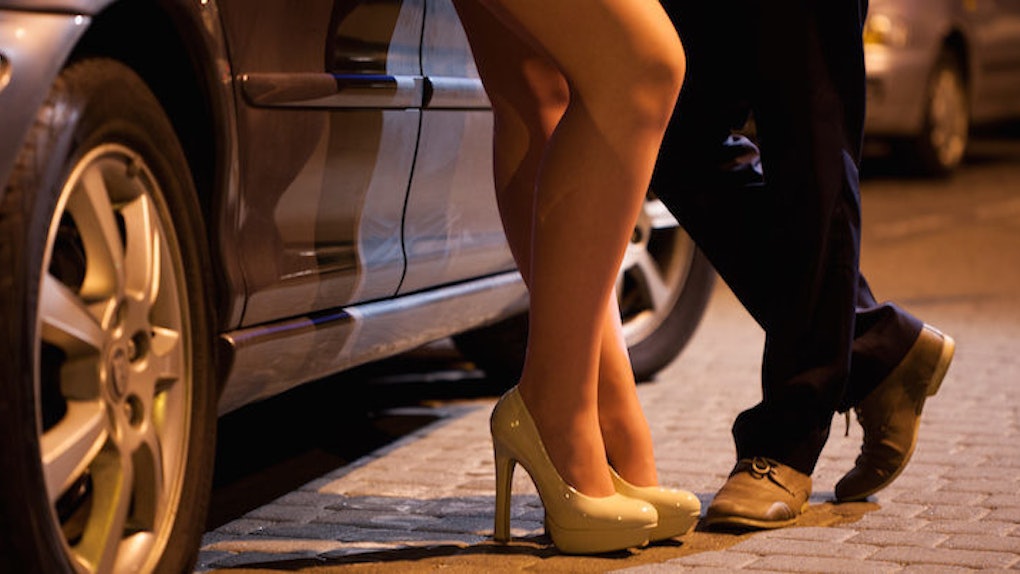 This Man Allegedly Made His Wife Have Sex With Over 2,700 Men

A French man took complete advantage of the “honor and obey” portion of his wife's wedding vows when he allegedly coerced her into selling her body to over 2,700 men for his own financial gain.

Thursday, in a court in Meaux, it was revealed the 54-year-old first convinced his 46-year-old wife to work as a prostitute in 2011, the Independent reports. The man listed his spouse on four websites and contacted customers via email and text message.

Men would allegedly visit the family's home up to three times a day, and the husband would wait in the car with the couple's 5-year-old son while his wife worked.

According to the Independent, Emmanuel Dupic, the deputy prosecutor, claimed the wife was a victim of the “psychological power” her husband wielded over her, often forcing her to “submit herself to the sexual demands of customers, who were sometimes extremely harsh.”

In an interview with Le Parisien, the woman, who remains anonymous for legal reasons, claimed her husband presented prostitution as a short-term solution but later changed his tune.

We had money problems and he promised me that it would not last more than a year or two. But when I got tired, he forced me to continue. He also forced me to dress very provocatively and follow a diet. I lost [51 pounds] in six months! I did not have time to take care of my son… I several times threatened to leave him, but he told me that if I left, he would hunt me.

With no house keys or a phone of her own, the woman was allegedly often stuck in her home entertaining men while her husband raked in nearly €160,000 ($176,000).

Freed from her husband's callous plot as he stands trial, the woman now reportedly faces debt and possible eviction.