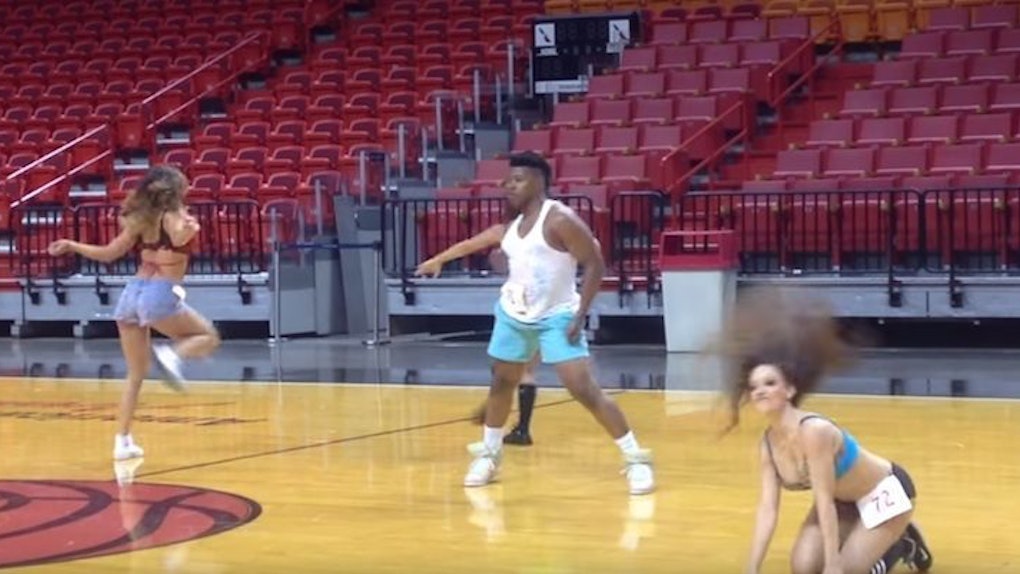 Remember that part in “Rudy” when (23-year-old spoiler alert!) Coach Devine finally agrees to let him play in the game against Georgia Tech?

This month marks Wilson's fourth attempt to join the Miami Heat dance team in four years, to no avail, only this year, his audition went viral.

When Wilson, 28, takes the court for the freestyle portion of the audition and Beyoncé's “Run The World (Girls)” begins blaring over the speakers, the sole male contender makes the rest of the competition look like backup talent.

The 28-year-old, who runs the Exclusive Vibes Contemporary Dance Theater, believes it is his gender that prevented him from even making it to the final round of auditions.

Wilson, however, is not bitter. He says,

Even if you get cut, it only takes one 'yes' to make all the difference.

Citations: The Sole Man To Tryout For the Miami Heat Dance Team Was the Star of the Auditions (Complex)