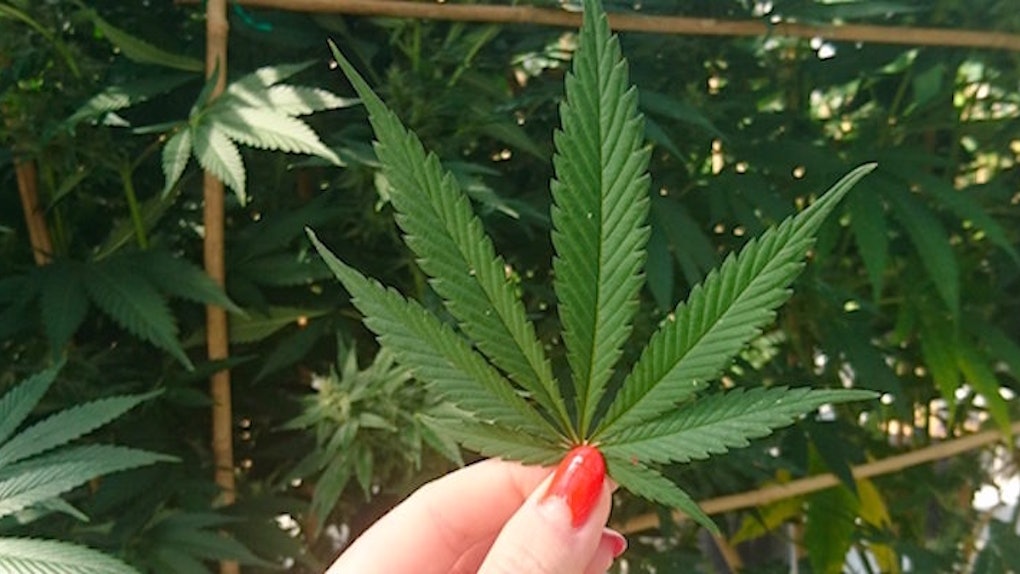 A while ago, I set off on a magical journey to Amsterdam in order to see if it lived up to its hype of being the weed capital of the world.

If there's one thing we can learn from my adventures abroad, it's that the hazy coffee shops scattered around this charming European city don't disappoint.

However, it turns out you don't have to venture halfway across the world to light up a joint without breaking the law.

That's right: As the marijuana legalization movement continues in America, a growing number of states across the US are legalizing recreational marijuana.

So now, you can finally score some Kush without a medical prescription.

If the thought of getting high without having to buy shitty, illegal weed from a sketchy dealer sparks your interest, I have some good news for you: I recently took a trip to Colorado in order to learn everything you'd ever want to know about the flourishing marijuana scene in the Mile High City.

Now, as someone who doesn't smoke weed too often, I'll admit I found the whole experience of going to a dispensary and buying weed for the first time a bit overwhelming.

Most dispensaries carry a wide range of different marijuana strains, as well as waxes, oils, edibles and cannabis-infused products.

So, if you're a first-time pot smoker who more or less has no idea what the hell you're doing, you might find the whole process slightly intimidating.

But don't worry: You don't have to let your lack of marijuana knowledge deter you from walking into a dispensary.

Luckily, I was able to meet with Alex Levine, the Director of Operations at Green Dragon Cannabis Company (one of Colorado's most prominent marijuana businesses) in order to get the inside scoop on everything you need to know about buying recreational weed.

So, without further ado, here's a handy guide that covers all the basics of getting high in Colorado... the legal way, of course.

Who can buy weed?

Colorado doesn't require you to have a prescription in order to buy and smoke weed. So, anyone 21 or older is free to buy some.

Just make sure you bring a valid photo ID that verifies your age. The dispensary won't let you into the store without one.

How much does it cost?

In many stores, the base price for marijuana starts at around $10 per gram and goes up from there, based on the strain and quality of the weed.

Also, make sure you bring cash with you: A lot of dispensaries don't accept credit or debit cards.

Is there a limit to how much you can buy?

Yes, Colorado has a limit on the amount of bud you can buy. So unfortunately, you'll have to get high in moderation.

Both Colorado residents and out-of-state tourists can possess up to 28 grams of THC. That amount is definitely more than enough to get you lit AF.

Where can you smoke weed?

Once you get your stash, you'll need to find a place to get high. However, you can't just walk out of a dispensary and light up a joint as you walk down the sidewalk.

Colorado laws do not permit the consumption of marijuana "openly and publicly." So, you'll need to spark up on private property... or at least keep your marijuana consumption low-key by discreetly getting high with odorless edibles.

However, Green Dragon tells us Amsterdam-style coffee shops could be opening up in Colorado soon.

A pilot program called Initiative 300 just passed, which would allow for cannabis consumption in specifically designated areas... as long as businesses obtain a special license.

What is an indicator of good-quality marijuana?

Most reputable marijuana dispensaries sell decent weed. However, there are a few things you still want to look out for while buying some.

Appearance, smell and potency can all be used to weed out the primo piff from the bottom-shelf bud. High-quality marijuana tends to have a deep, vibrant green color, as well as tight nugs that aren't too airy and leafy.

Next, you want to take a good whiff of the weed. According to Green Dragon,

Good-quality marijuana aromas are direct byproducts of the genetics of the plant and the quality of the curing and drying process. Improperly drying and curing the product can destroy the natural aromas of the plant, and potentially add unwanted smells such as hay or decaying plant material.

However, it's important to keep in mind that some strains of weed aren't as aromatic as others. So, you can't always rely on smell as a sole indicator of quality.

You also want to check the potency of the marijuana. Green Dragon says in order to get high potencies (of 20 percent and up), marijuana needs to have great genetics and growing conditions.

Finally, Green Dragon tells us good-quality weed creates a smoother smoke when burned. Most importantly, this results in an enjoyable high.

Do different strains of weed give you different kinds of highs?

Oftentimes, it is said Indica gives you a relaxed body high, while Sativa produces an energetic and uplighting high.

However, Green Dragon reminded us it's hard to put marijuana strains into cut and dry categories.

In a sense, strains are like snowflakes: Each one is unique, and has individual characteristics that result in different types of highs.

Plus, as Green Dragon points out, "New strains are constantly being created and refined, further adding to the wide spectrum of highs."

Marijuana's physical and psychological effects are immensely different from strain to strain. Some strains produce very energetic highs, while others can have a relaxing or drowsy effect. Mental effects can range from blissful and creative to giggly and forgetful. Physical effects can vary from very slight to not even noticeable, to the infamous 'couchlock' feeling. This is where you feel so profoundly relaxed or sleepy, you end up sitting on your couch for hours, typically watching Netflix.

What are the most popular strains of weed?

When it comes to smoking different strains of piff, people have their own personal preferences.

Plus, their proprietary strains like Lemon G (Sativa), Cripple Creek Kush (Indica) and Kepler 22b Kush (Sativa-leaning hybrid) are always popular with customers.

What are the most popular edibles?

While pot brownies and weed-laden chocolates have long been favorites amidst stoners, it appears cannabis-infused gummy candies are now on the rise as well.

This shouldn't come as much of a surprise. According to Green Dragon,

Gummies are delicious, and cover up the slight weed taste in edibles pretty well.

What advice would you give someone buying weed for the first time?

When it comes to walking into a dispensary for the first time, Green Dragon says,

Relax. It's not a big deal anymore. Treat it like you're trying out a new style of beer or wine. First, determine the high you're looking for: Sativas for more energetic, mentally stimulating 'head-highs,' or Indicas for more relaxing 'body-highs.' Hybrids are great for first-timers, since they are a cross between the two. Highs fall somewhere in the middle. Also, let smell be your guide. If it smells good to you, it's typically going to be a good smoke for you. If this is all too much, let the bud-tender pick out a good 'beginner' strain.

All in all, the bud-tenders have a lot of experience with marijuana tourism. They're there to help you, so don't be afraid to ask any questions you might have about buying and consuming weed.