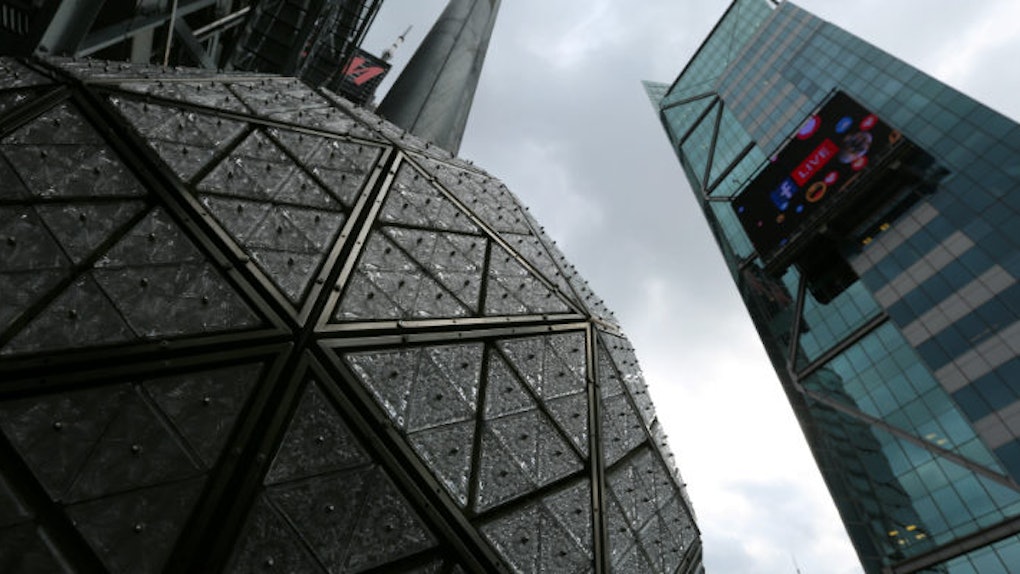 Thanks To A Leap Second, 2016 Is Even Longer

It is the year that just won't quit.

It's been blamed for beloved celebrities' deaths, a truly terrible, horrible, no good election year and chaos around the world -- but 2016 is digging its claws into our backs for as long as it can.

The year of our Lord, 2016, has been as unforgiving as that spandex tuxedo you wore to your New Year's Eve party last year.

Believe it or not, the world is not a perfect place. I know, it's shocking.

But it turns out Earth can't even rotate on its axis for a perfect 24 hours.

Therefore, every few years, we gain a leap second to sync the earth's rotation to the world's atomic clocks. And guess what, buddies?

This is that year.

The last extra second was added in June 2015, and another will be added onto Coordinated Universal Time (UTC) at 11:59:59 pm on December 31.

Like, being a leap year wasn't enough for you, 2016? You want another second too?

Despite your thinking this is just one last atomic wedgie from your bully 2016, these leap seconds have been happening since 1972. There have been 26 in all.

Does that mean we should start the countdown at 11? How is this going to work? I am... very confused almost all of the time.

The only thing I know for sure is this countdown:

You and I, get ready for it -- I know it's weird you have to find out this way, but I think if you're open to it we'll both have a good time.

It's what we're going to be doing for that one extra second we get this year.

Citations: 2016 is overstaying its welcome, and here's why (Mashable)