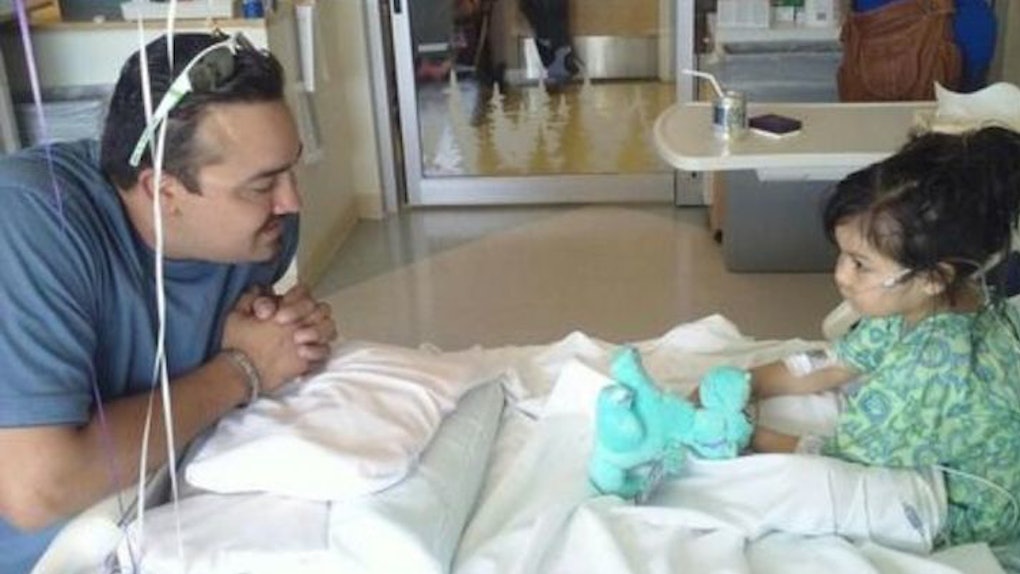 A man saved a little girl's life when he just happened to come upon her lifeless body in a lake.

According to the Coloradoan, 32-year-old Angelo Mondragon was walking in Colorado's Windsor Lake at around 2:30 pm on Sunday when he felt something brush up against his leg in the waist-deep water.

He told the Coloradoan,

It felt like something you normally wouldn't feel in the water. I did sort of a back kick to bring up whatever it was, and then I saw the bottom of a baby's foot float up.

The foot belonged to Sitali Hernandez.

Mondragon immediately picked up the body and yelled for other lake visitors to call 911.

I grabbed her and carried her limp body to the shore. The girl was already blue. She wasn't breathing.

His screams attracted two nurses who, along with Mondragon, administered CPR until an ambulance arrived.

The child was first taken to Medical Center of the Rockies in Loveland and then to Children's Hospital Colorado in Aurora, presumably after being resuscitated.

Sitali was last reported to be in good condition on Monday when she was visited by her rescuer in the hospital.

If I was not in that right spot at the right time, it could have been a search and rescue mission. As I told the little girl's mom, when I saw the baby's toes that became my baby.

Sitali shouldn't have been near the lake without a life vest, he suggested.

Mondragon since reached out to local businesses and residents to work on obtaining life vests for those who need or cannot afford them.

Citations: Toddler in good condition after near drowning (The Coloradoan)