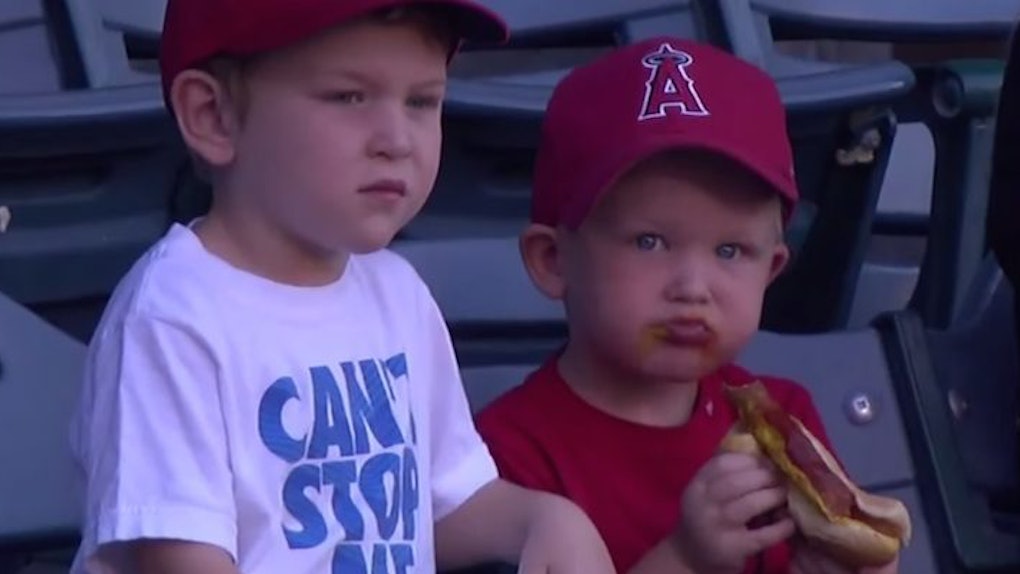 During a recent Los Angeles Angels baseball game, camera crews were panning the crowd when they happened upon a sight too cute not to film: a little boy desperately trying to figure out the mechanics of hot dog eating.

In the video above, commentators narrate as the young boy struggles with the summertime staple and eventually forgoes the bun altogether in favor of eating the frank as one would a piece of celery.

The look on the little guy’s face as he tries to get the snack into his mouth is one of utter confusion. It's as if the humble hot dog is beyond his comprehension.

Check out the awkward, hilarious clip up top.