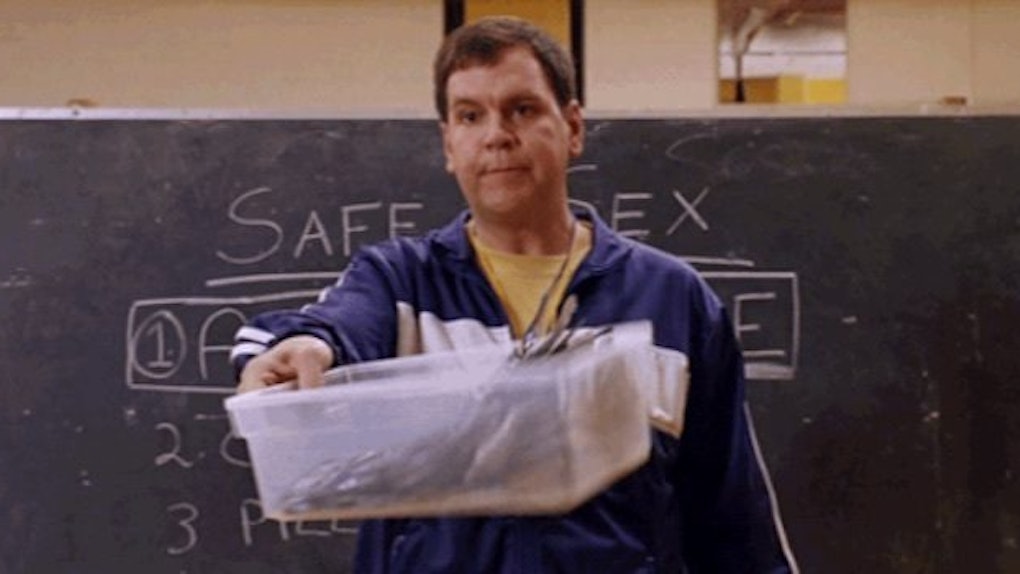 A former teacher at an Illinois high school has been arrested on suspicion of hosting alcohol-fueled sex parties at his home with ex-students.

Justin Hubly, 35, resigned a few weeks ago from his position as choir director at Crystal Lake Central High School. At the time, the school said he stepped down for personal reasons.

Arrest warrants were issued for Hubly after authorities received a tip-off from another member of staff who claimed he was providing booze to former students of the school, reports ABC 7.

He is accused of partying and engaging in sexual activity with the students at his home in Crystal Lake.

On Tuesday, he was arrested and charged with two counts of misdemeanor battery. This relates to allegations he grabbed one former student's breast and touched the thighs of another.

He also faces one count of unlawful delivery of alcohol to a minor.

Rumors of the inappropriate behavior had been circling for some time at the school, according to parents.

One parent told ABC 7 this is not the first time something like this has happened at the school:

I've seen it before, it was unfortunate. He went to prison as he should have and if this man's guilty, I certainly hope he would face jail time, a long time, and if not then not.

The accused had been choir director since 2004 and enjoyed a position as president of a teachers' association.

The Community High School District 155 stressed it has done everything in its power to make sure the situation doesn't blemish other students' education. A spokesperson in a statement on Wednesday,

We have taken appropriate actions to ensure there is no interruption in our student's learning. We are also cooperating with local authorities.

Hubly was released after posting a $10,000 bond. He will appear in court on December 27.