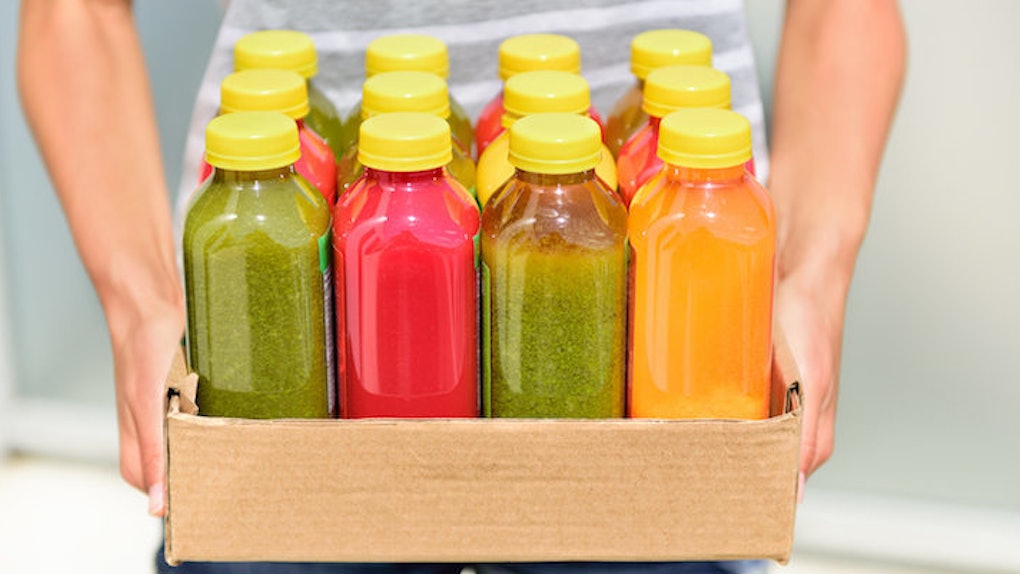 Toxins are generally defined as anything entering the body in small or large quantities and causing damage. Examples include pesticides, alcohol or even acetaminophen, the primary ingredient of various pain relievers.

The ultimate goal of juice cleansing is often touted to be detoxification, but the body can do that all by itself, according to Dr. James H. Grendell, the chief of the division of gastroenterology, hepatology and nutrition at Winthrop-University Hospital in New York.

He told The New York Times,

The human body is well designed to eliminate wastes and toxins, and a number of organs play a role.

Should a toxin enter the body, it would be sucked out of the bloodstream by the liver and kidneys before being excreted.

Juice cleansing does nothing to speed up this process, Dr. Grendell said. He continued,

It's hard to understand because there is no good scientific evidence that a juice cleanse, or any other food for that matter, is particularly relevant to removing toxins.

Juices loaded with vitamins and antioxidants have many health benefits, he noted, and can likely assist in weight loss.

Calling the drinks a catalyst for detoxification, however, is apparently like calling leeches an effective tool for removing poison.

Proponents of juice cleanses have, additionally, claimed they calm the stomach, but Dr. Antoinette Saddler, a gastroenterologist at the George Washington University School of Medicine & Health Sciences, isn't sure why one's stomach would need so much calming to begin with.

One blog post about juice cleanses claimed juices don't take as much work to be digested by the stomach.

Who said that was beneficial?

That same blog post said juice cleanses provide the body with “more of the resources” necessary for detoxification and remove “cumulative toxins stored in the body.”

This absolutely baffled Dr. Saddler, who seemed to have no idea what sort of “cumulative toxins” the author was referring to.

Some blended drinks are advertised as colon cleanses, which allegedly rid the body of stool.

Juice drinks not only have no effect on toxins, but juice-cleanse advocates are also giving the wrong impression in regards to stool, she explained.

The idea that stool is somehow poisonous and toxic is very misguided thinking.

Keeping the colon healthy is one of stool's various health benefits.

Doctors have even transplanted stool from healthy people into the guts of sick people, a practice Dr. Saddler said is on the rise.