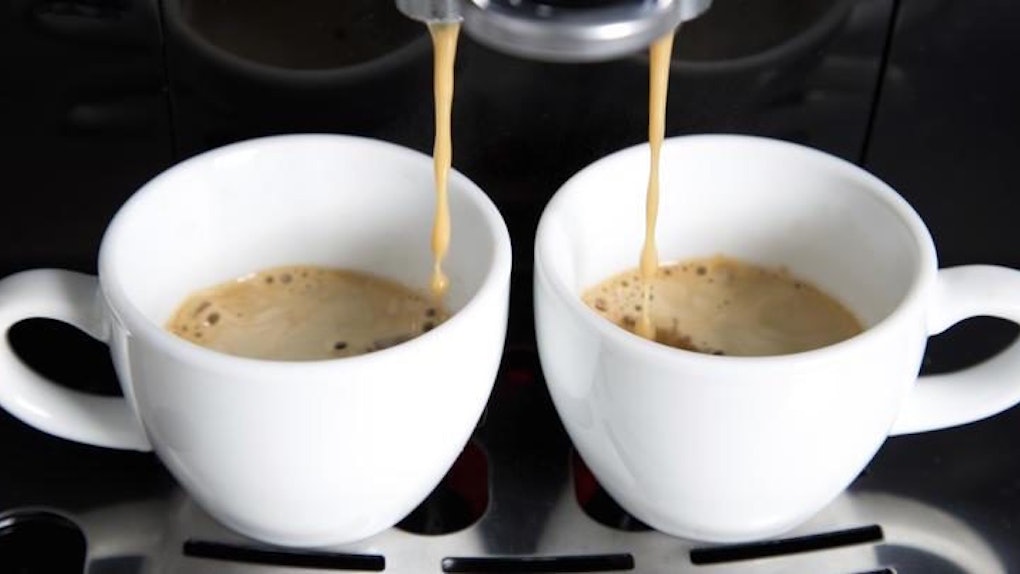 To say I'm an avid coffee drinker would be a gross understatement — I'm entirely dependent upon the stuff.

I'm not sure if my caffeine addiction is genetic (both of my parents are hardcore coffee junkies), or a habit I developed all on my own, but I haven't gone a single day without coffee in at least 10 years.

Despite my love for coffee, I sometimes wish there were a different way to get my caffeine fix — one that doesn't result in having to pee every 15 minutes.

Inspired by the use of nicotine patches for smoking cessation, friends and fellow caffeine addicts Adam Paulin and Alex Kryuk invented the Joule, a bracelet-like accessory that releases caffeine directly into the bloodstream.

The wristband, according to its IndieGoGo fundraising page, has a slot into which the wearer can insert a replaceable transdermal caffeine patch. Each patch lasts approximately four hours and gradually releases caffeine into the wearer's bloodstream through the skin. The slow release prevents the wearer from experiencing the negative side effects commonly associated with too much caffeine, such as jitters, mood swings and energy spikes.

Creators Paulin and Kryuk are currently seeking funding for the Joule via IndieGoGo. So far, they've raised $59,096 — roughly $45,000 more than their $15,000 goal — and are preparing to complete the campaign and begin working on production.

The Joule will be available as either a bracelet or a watch, and prices start at just $29 for early backers.

Head to IndieGoGo to read more, make a donation and reserve your energy-boosting accessory.

Citations: New bracelet allows you to absorb caffeine through your skin (Mashable)