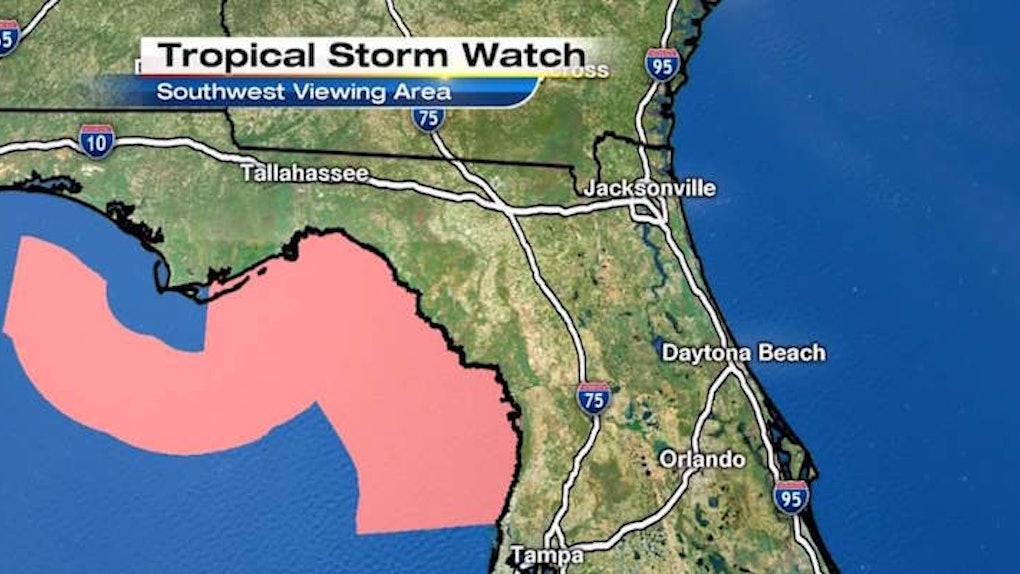 I think that maybe once a year, you'll find a harmonious corner of the internet where people aren't trolling one another at all.

This year, that corner happens to be a thread of hilarious dick jokes under a picture of hurricane Hermine in Florida, which hit land as a tropical storm on Thursday.

The photo was posted on the Facebook page of Jacksonville local news station WJXT4 a day before the storm hit, and has since collected thousands of comments regarding its dick-like shape.

As you can see, the shape of the storm clearly resembles a penis.

BREAKING: A Tropical Storm Watch has been issued for the west coast of Florida in anticipation for what will likely be "Hermine" by Thursday.

I don't think this news station was expecting a flood of dick jokes to hit its page. Here are some of the highlights (but there are too many to include):

Obviously, this storm and its shape hit a little too close to home for this woman:

This lady used the storm to diss weathermen.

We love a good condom joke.

People were honestly surprised at how nice everyone was being on this thread, especially since the internet is full of trolls.

But here's the true winner of the thread:

My coworker, Alec, even cracked one himself: "For this election, Florida finally grew a dick to fuck us with." (I'm so lucky to work with him.)

I'm sure the folks at this Florida news station had a great laugh. Because even in the wake of a potentially deadly storm, there's still some time for dick jokes.