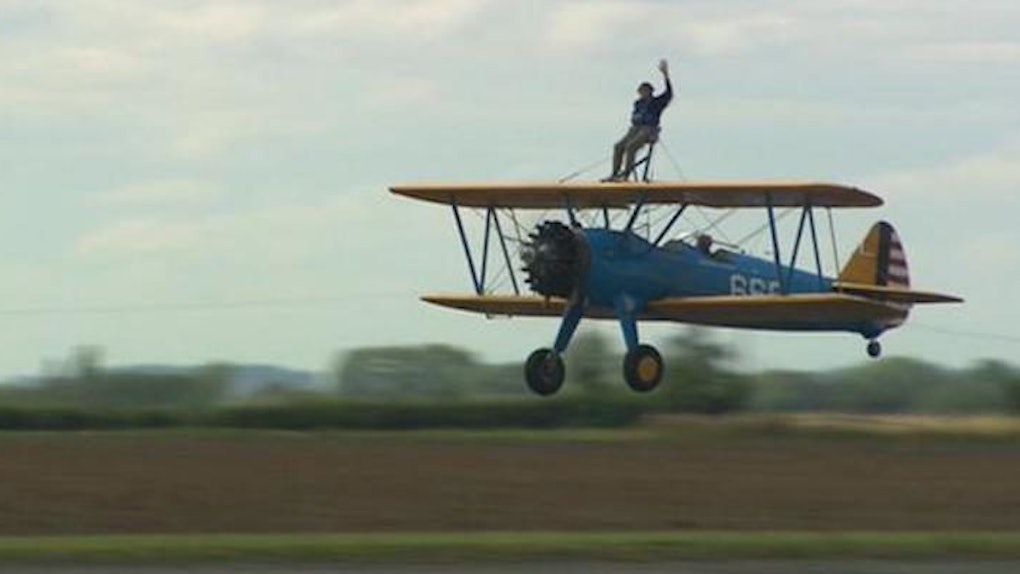 Yesterday, I didn't go to the gym because I thought the walk over to Chipotle was “exercise enough.”

Meanwhile, this 90-year-old sat on the outside of an airplane to raise money for charity.

The flying man is John Weston, and he is a veteran of the Royal Air Force where he was a rear gunner on a Lancaster bomber during World War II.

John flew on the wing of a 1942 Boeing-Stearman plane for 15 minutes at Wickenby Aerodrome to celebrate his birthday and also help raise money for the Alzheimer's Society in honor of his late wife.

John told the BBC the flight was pretty windy, and he was thankful nobody was trying to "shoot him down" while he was up there.

BRB, I'm gonna go hit the gym or, like, not sit for eight hours in a row or something. I'm terrible.

A Royal Air Force veteran's celebrated his 90th birthday by doing a wing walk in LincolnshireJohn Weston was strapped to the upper wing of a 1942 Boeing Stearman at Wickenby Aerodrome.He was a rear gunner on a Lancaster Bomber during war. But it wasn't just a birthday treat, he was also doing it to raise money for the Alzheimer's Society. Posted by BBC Look North (East Yorkshire & Lincolnshire) on Monday, August 3, 2015