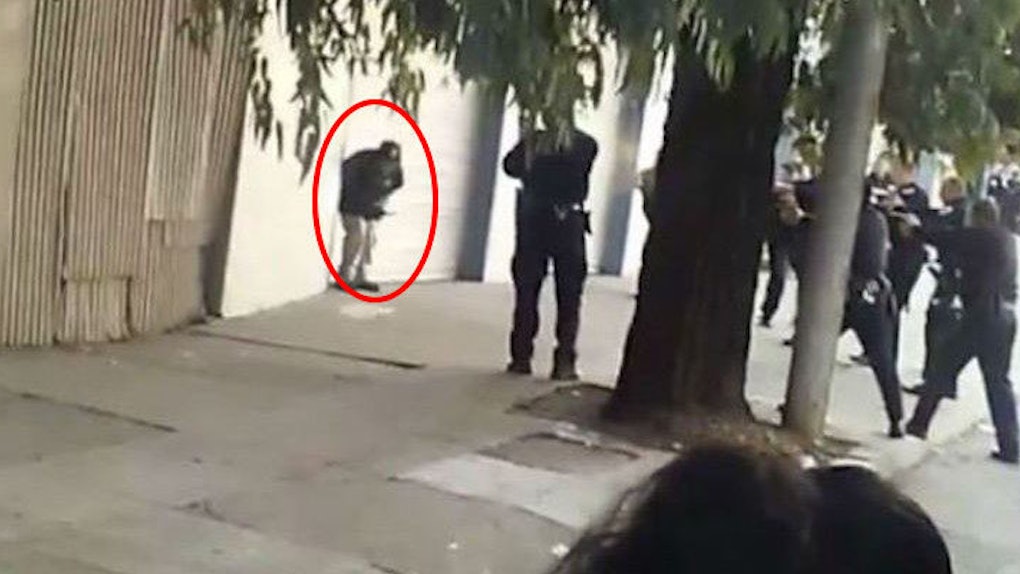 San Francisco Police Chief Greg Suhr tells Mashable the man police was carrying a knife and matched the description for a suspect in a stabbing case in the area.

In the video, police are seen surrounding the man and appear to shoot at the ground. The man taking the video then points the camera away; however, viewers can still hear the barrage of bullets to come.

Warning: This video is extremely graphic.

This suspect had already shown by committing a felony aggravated assault that he was a danger to others, so he could not be allowed to move away from the scene.