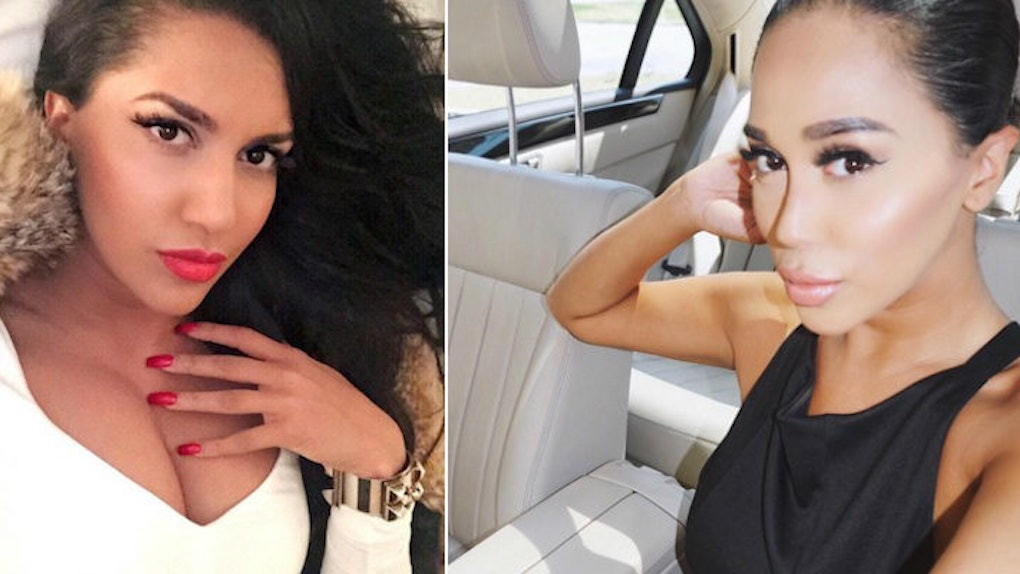 Being Instagram-famous doesn't mean you're above the law, and two bougie sisters from Toronto certainly had a rude awakening.

Jyoti and Kiran Matharoo were officially busted this December after allegedly blackmailing a Nigerian billionaire in efforts to extort money from him, Toronto Sun reports. They were detained in Lagos, Nigeria.

But this Nigerian billionaire wasn't the only one.

The Kardashian wannabes were supposedly keen in the act of cyberbullying wealthy politicians and businessmen.

It's been reported the duo threatened rich men and claimed they'd publicize raunchy evidence of their private sexual indiscretions if they didn't pay the sisters their requested money.

According to The Star, the not-so-slick Instagram stars were finally stopped in their tracks when they were arrested for trying to cyberbully and extort money from the Nigerian billionaire, Femi Otedola.

The sisters allegedly tried to claim they had evidence of Otedola — whose net worth is approximately $1.8 billion — cheating on his wife.

They also threatened to post the evidence onto a well-known sex scandal website, but Otedola wasn't having it.

Soon after this debacle, a private investigation on the duo was set forth and the sisters were reportedly arrested.

To make matters worse, court documents that date from December 20 accuse the Matharoo sisters for being responsible for multiple social media accounts used for cyberbullying people — 274 people, to be exact.

They've also been accused for the website NaijaGistLive, which was also used for the cyberbullying endeavors. Most of their online victims were located in Africa.

Kristine Racicot of Global Affairs Canada commented on the case and said,

Consular services are being provided to the Canadian citizens who have been detained in Lagos, Nigeria.

Since their arrest, the sisters have claimed not guilty and hold a court date for January 26.

I'm sure they're hoping that they don't lose too many Instagram followers from their sex scandal debacle.