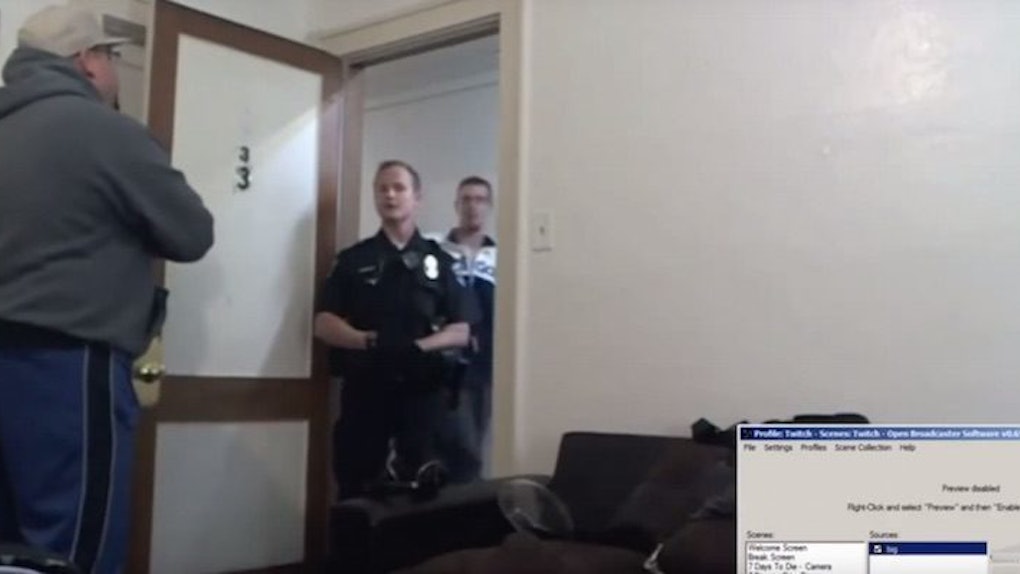 A man in Longview, Washington got instant payback when he accidentally live-streamed his neighbor going into his apartment and stealing his stuff after that same neighbor got him arrested.

Benjamin Michael Frostad faces felony charges after he called Longview police to report a claim his neighbor, Jarid Hamilton, was making too much noise.

The description for the live-stream video of the arrest reads,

Longview police officer Jordan Hillstrom showed up to Hamilton's apartment and demanded identification, telling him he needed to check him for warrants. But Hamilton refused to provide identification on the basis that he did not believe the officer had a reasonable suspicion that he had committed a crime.

Hamilton started filming after the police already arrived, seemingly with the hope of keeping the cop on scene from doing anything drastic.

After Hamilton was arrested, he didn't have the opportunity to lock his door or turn off his camera, and the device ended up recording Benjamin Michael Frostad going through his apartment twice and stealing headphones, Jordan sneakers, a wallet, a cell phone and some other miscellaneous materials.

Citations: GUY CALLS THE POLICE ON HIS NEIGHBOR THEN GETS CAUGHT ON A LIVE STREAM ROBBING HIS HOUSE (Playboy)