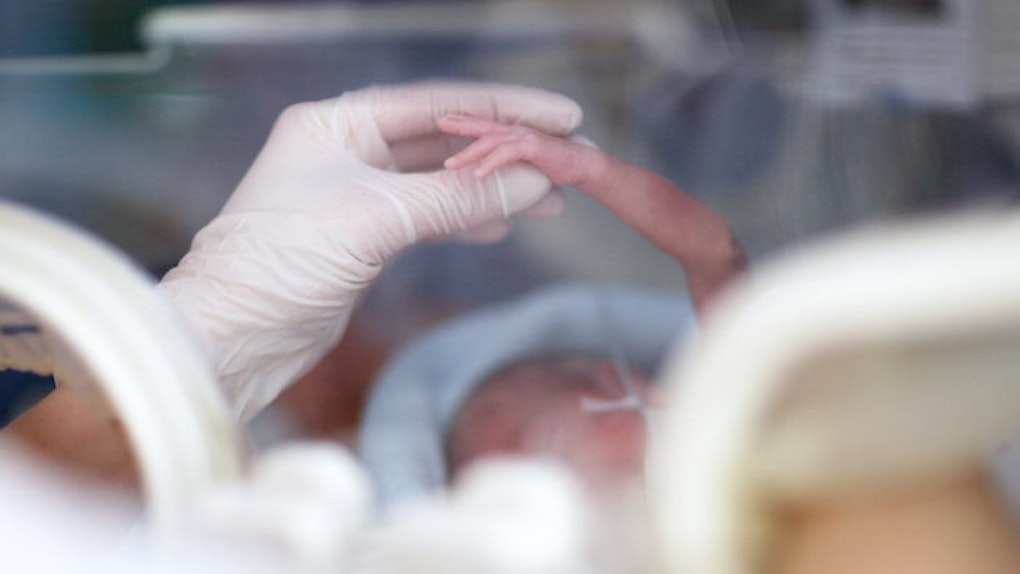 These Identical Twins' Birthdays Could Be Months Apart From Each Other

A woman carrying twins gave birth to one baby, only to keep the other inside her womb for several more months.

According to Daily Mail, Holli Gorveatt of the Seattle, Washington area was supposed to have her identical twins in January, but the boys developed a condition called twin-to-twin transfusion syndrome.

This involves one twin taking blood from the other, resulting in the latter twin becoming anemic and the former suffering heart failure due to the excess blood.

Fortunately, he was able to separate the babies' blood vessels, stopping the one twin from taking the other's blood.

But just a few days later, the pressure on Gorveatt's cervix grew so immense she was unable to contain the amniotic sac of one of the babies.

On September 29, Dr. Walker had no choice but to deliver baby Link just 23 weeks into Gorveatt's pregnancy. Weighing just 1 pound, 2 ounces, Link is too small to be held and cannot eat without assistance.

But, the birth relieved the pressure inside Gorveatt, so Dr. Walker closed her cervix and allowed the second twin, Logan, to avoid premature birth, along with the harmful side effects that can come with it.

The earlier procedure that fixed the twin-to-twin complications, Dr. Walker said, is the reason Logan can maintain his health inside his mother's womb. If Logan was born this week, there would be just a 50 percent chance he'd develop without complications.

Dr. Walker is now hoping to deliver Logan at the twins' original due date in 2016.

[Logan] will be bigger [than his brother], growth in utero is so much better than growth in the [neonatal intensive care unit].

Logan's good, so he's growing a lot and he's just kicking. He's got fluid, he can move around. He was stuck before.

Dr. Walker said the chances of Logan being born in good health are much greater after each day he spends in utero.

Gorveatt will most likely have to stay at the hospital until Logan is born.

Citations: Identical Twin Brothers Set to Have Birthdays Months Apart Due to Rare Delivery (ABC News), Separated at birth: Mother delivers twin baby prematurely... but his brother is still inside her womb and could be there until due date in January (Daily Mail), Identical twins could be born 4 months apart in Kirkland (KOMO News)