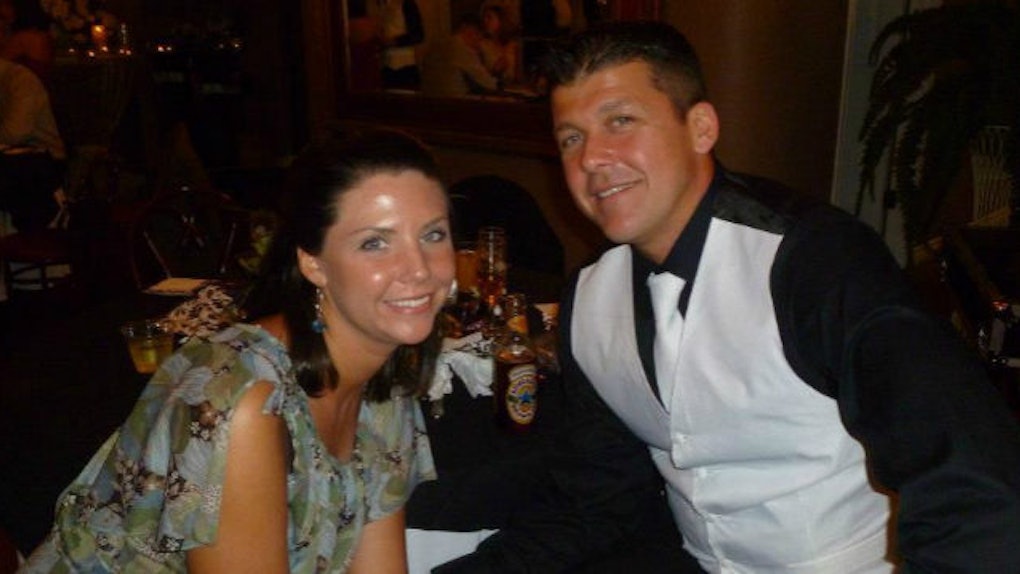 The Orlando man hoped it would keep friends and family from becoming suspicious when the mother-of-two didn't respond to their text messages and phone calls.

He wrote that his wife dropped her phone in the toilet and would be unable to communicate through anything but Facebook.

McShane responded to his wife's family and friends on the social media site to make them believe Kristen was still alive.

McShane, who lists himself as "single" on Facebook, even posed as his wife to her own mother in the comments.

On Tuesday, McShane was arrested on charges of domestic battery by strangulation and second-degree murder. It was three days after he made the post.

Police responded to an "unknown trouble" call at the couple's apartment on Tuesday at 12:49 pm. A relative by marriage's husband visited the home and thought Kristen was dead and McShane "was going to kill himself."

When police arrived, McShane was in his car in the garage with the engine running, allegedly attempting to kill himself.

Officers removed him from the garage and found Kristen McShane's body in the bed of the master bedroom.

She was covered with a comforter.

McShane told police they had gotten into an argument on Saturday afternoon. The police report reads,

During the course of the argument, George stated he lost his temper and jumped on Kristen, using his two hands to choke her until he realized she was dead.

Kristen leaves behind two children: her 6-year-old daughter and 4-year-old son who has Cystic Fibrosis. A friend said,

We are all worried about who is going to take care of the kids.

Kristen was described as upbeat and "a beautiful person" by those who knew her.

George McShane is currently being held in the Orange County Jail without bail. It is uncertain if he has hired an attorney.

Citations: Husband Allegedly Poses as Wife in Facebook Messages to Cover Up Murdering Her (People)