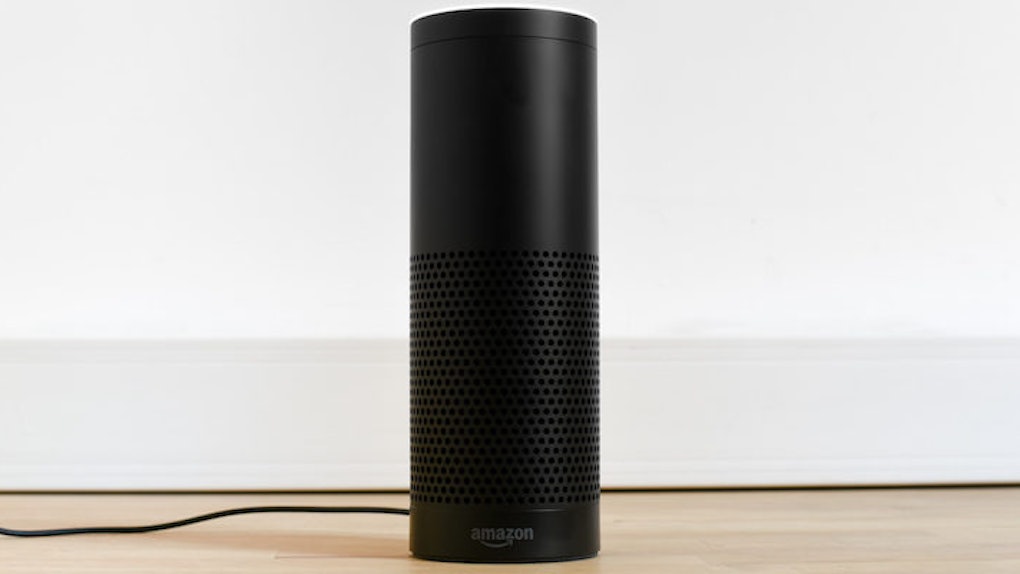 It looks like Amazon Echo, aka "Alexa," has more of a purpose than switching a song on demand or giving us the weekly report at our convenience.

Apparently, multiple courtrooms are reaching out to the futuristic robot with hopes it'll help provide recorded evidence needed for cases.

The robot — which passively records every word we say — is being sought out for a particular case in Bentonville, Arkansas, where a man was allegedly killed in a hot tub in November 2015.

According to the Information via NY Mag, police have issued Amazon a warrant to obtain the recording on James Andrew Bates's Echo.

Bates is accused of murdering Victor Collins in his hot tub after a night of drinking last fall, and police hoped to find recorded data within his device to use in the courtroom.

It's been reported Amazon keeps the recordings stored on the Echo. However, court records allegedly show the mega-company has already declined to provide police with voice search queries two times (creepy).

Bates' case, in particular, was not indicated in the records provided to the Information about police obtaining his Echo.

Authorities didn't give up on "Alexa" though and confiscated the suspect's Echo themselves in an effort to extract information from it.

The amount of information they obtained remains unclear because no information is stored locally on the Echo and its hard drive is small.

Whether or not police were given rights to the voice recordings on his device, NY Mag claims it wouldn't be much of a help toward the murder case because of its microphone's ability to filter out background noise.

Apparently, more focus is currently on Bates' smart water meter than his echo because of the excessive amount of water he used when Collins was allegedly killed. They believe he used it to wash away his victim's blood.

Still, Amazon Echo is pretty damn impressive and I wouldn't doubt if it were used in court for future cases.

Although the device records everything you say, not all of it is sent to Amazon (so don't get too freaked out). Once you activate it by saying "Alexa," it starts recording and your speech is sent to Amazon's cloud servers.

Hey, if a courtroom is looking for a fly on the wall to provide information in a given case, maybe calling "Alexa" to the podium isn't such a bad idea.