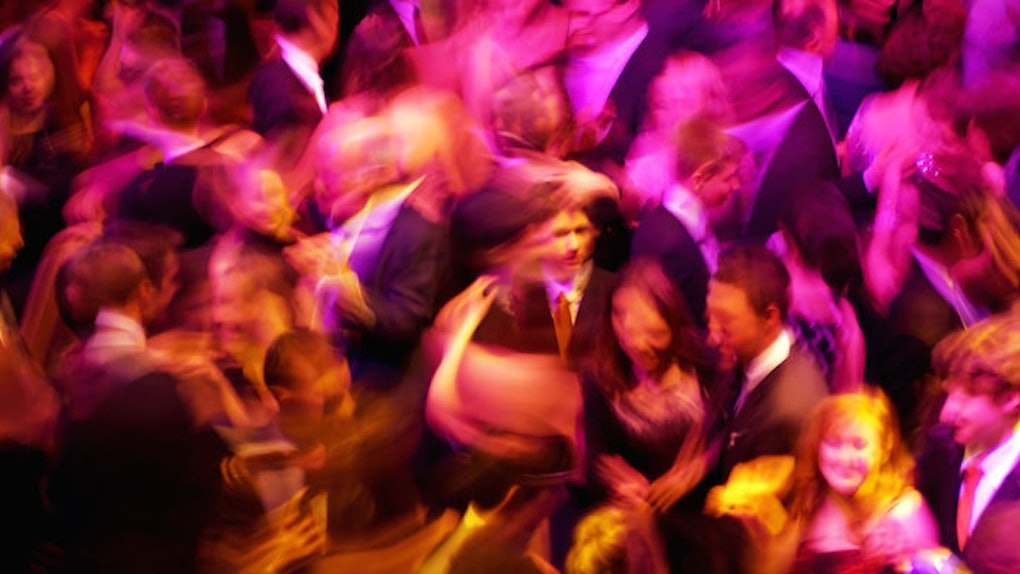 This High School Actually Banned Dances Because Everyone Kept Twerking

A Maine high school will no longer hold regular school dances because it said chaperones cannot just stand by while students grind and twerk on each other.

In a letter to the parents of students at Gorham High School, Principal Chris Record described how "modern dance culture" is laden with the "sexually suggestive grinding" seen in movies and on MTV.

For those who don't know what grinding is, Record provided an explanation. He said,

Grinding basically involves a girl having her back and buttocks pushed up/pulled up against the boy's groin with the boy's hands on her hips and other places.  There is a spectrum of this dancing that includes some space between the partners to absolutely no space and even the girl bending over in front of the boy.

He said such behavior would never be permitted during a typical school day and is too difficult to regulate even when asking DJs to steer clear of "very provocative music."

The dancing apparently made school staff reluctant to act as chaperones because they would have to take on the awkward responsibilities of separating the dancers.

Record also claimed parents, as well as younger students, complained about the grinding going on at dances.

In the 2013-2014 school year, the school council decided to ban grinding at dances.

But, students weren't exactly receptive at the homecoming dance in 2014. Record wrote,

During the dance, it was announced as a reminder that grinding was not allowed.  This led to a walk-out of two-thirds of the students in attendance. The following week, GHS was disrupted by an uprising of sorts by the seniors and juniors, demanding that grinding should be allowed… This was a difficult time for our school culture, as GHS administration was being vilified by students, some parents, and on the radio airwaves.

The senior class officers apparently determined seniors would likely refuse to go to the dances as long as grinding was not allowed, preventing "sufficient funds" from being raised.

These officers, therefore, agreed with the student council to cancel all scheduled dances for the remainder of the school year, except for prom.

Record said grinding is less of a problem at prom because students "are dressed up" and "have paid significant money to be there."

Other events will be held throughout the year, but only those meeting the school's "core values and behavioral expectations" like the upcoming homecoming bonfire.