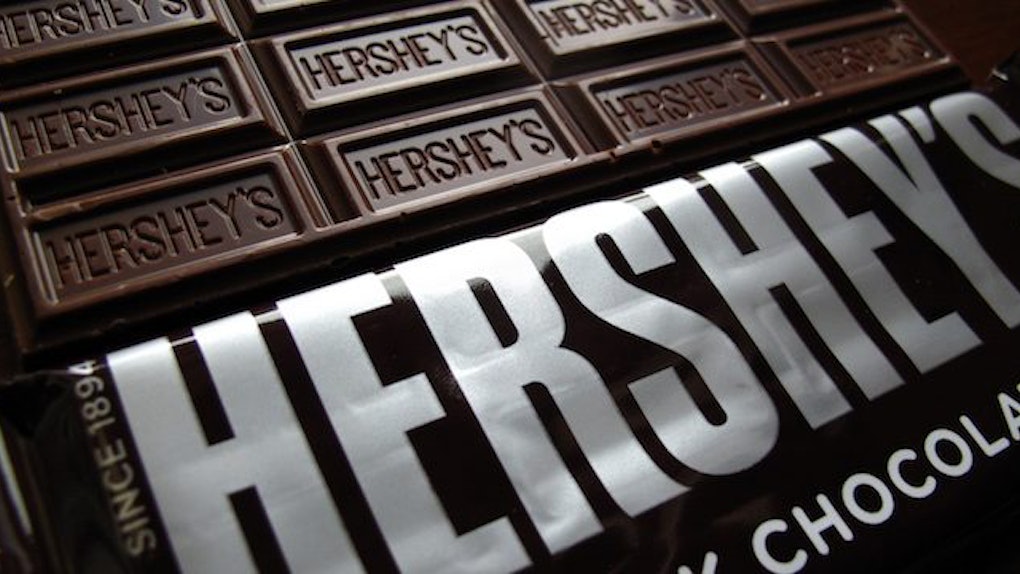 Hershey's Chocolate May Include Same Chemical As Vomit

Guys, there are a lot of bad things happening in the world right now.

Quite honestly, I've found myself turning to chocolate in order to make myself feel better about 'em, but it looks like I need to rethink my favorite feel-better snack.

Why? Because it's been announced that the same chemical found in chocolate is also found in vomit.

According to MailOnline, the chemical found in Hershey's chocolate, vomit, parmesan cheese and sour butter is called butyric acid.

Experts believe the butyric acid is produced when chocolate companies put their milk through a process called lipolysis to break down fatty acids in the milk.

They also claim the butyric acid — which gives vomit its acidic smell and taste —  gives American chocolate its "tangy" flavor.

Apparently, chocolatiers are blaming the acidic taste found in chocolate on the grotesque chemical and claim other chocolate companies are controlling the amount of butyric acid in the product to mimic the taste of Hershey's.

However, Hershey's has not yet confirmed or denied whether its chocolate includes the chemical — or even if the company utilizes the lipolysis process.

Don't worry, this won't stop me from visiting Hershey Park. My love for chocolate is far too strong for a mere chemical to come between us.

It's also been reported the acidic taste in chocolate may be born from the emulsifier PGPR, also known as the chemical compound used in the creation of chocolate.

But in 2015, Hershey's reduced the amount of genetically modified ingredients in its products that claim to have less than 1 percent of PGPR in their recipe.

Still, experts are convinced butyric acid is used in the chocolate, which is why the product tastes tangy and acidic compared to the chocolate in other countries.

I'm just going to accept the fact nothing is sacred anymore and continue indulging in my favorite chocolate bars on the reg.

Citations: So that's why American chocolate tastes so terrible! How some bars like Hershey's contain the chemical that gives VOMIT its smell and taste (MailOnline)