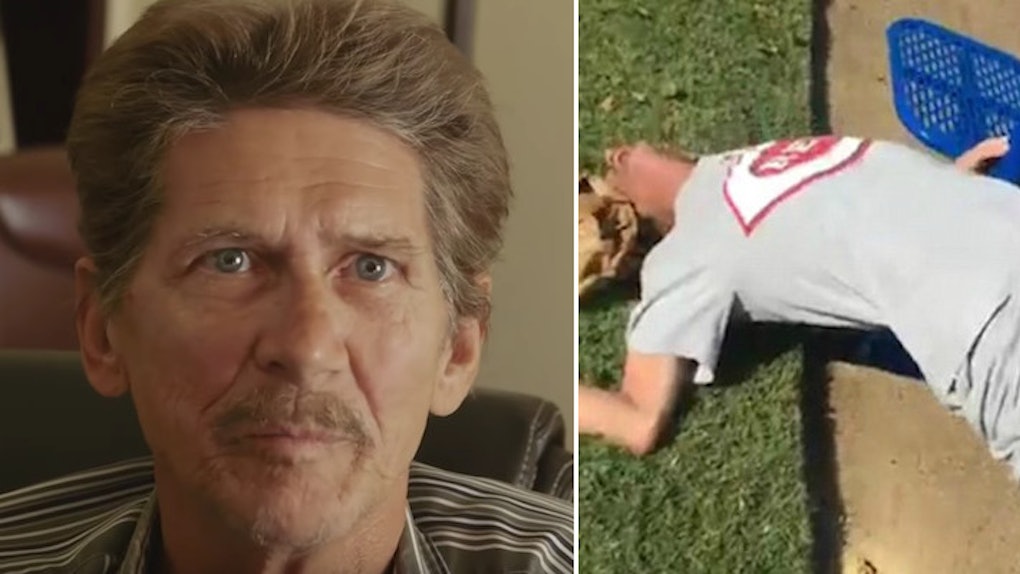 Guy Who ODed On Heroin In Viral Livestream Speaks Out

Back in October, a 60-something-year-old man named Ronald Hiers and his wife Carla were recorded passed out on the sidewalk in Memphis together after overdosing on heroin.

Fortunately for the couple, they didn't die as a result of the overdose.

However, the graphic video did circulate around the web after a man named Courtland Garner live-streamed their overdose on Facebook for the entire world to see. The video garnered over 3 million views.

The footage shows Ronald and Carla passed on a Memphis sidewalk as a group of people form around them to witness the bizarre sight. If you haven't seen the video yet, you can watch it here.

While most of the spectators laughed and joked at the couple, one person did attempt to check their pulses to see if they had died.

Luckily, the couple was revived by first responders using Narcan, a drug used to reverse the effects of opioid overdoses.

Two months after the graphic video went viral, Ronald Hiers is speaking out during a new interview with CNN.

These days, things have turned around for the Hiers. According to the report, the couple was granted scholarships by the addiction treatment organization Turning Point. With the scholarships, both Ronald and Carla have been able to seek help for their drug addictions.

After watching the viral Facebook video of people laughing at the couple, Ronald spoke to CNN saying,

I am a son. A husband. A brother. A grandfather. A father. I'm a human being. That's what so many people missed about it. Those were two human beings.

While it might seem like a brilliant idea to instantly whip your phone out and record someone at their lowest point purely for your own benefit, it isn't a "brilliant" idea.

I think we can all agree that someone's life is far more valuable than the amount of "likes" you'd get on your social media post.

However, to be fair, the 9-minute video might have helped save the Hiers' lives.

The report states that Ronald was able to successfully finish his treatment at a rehabilitation center located in Southaven, Mississippi while Carla remains in treatment at a separate facility in Massachusetts.

The man responsible for filming the video, Courtland Garner, would not speak to CNN. He did respond to a few social media posts, which further explain his stance on the situation. He said,

They were doing children things. It was a spectacle. It made me laugh.

I don't deal with people on drugs like that. I don't know what they're capable of. I know kids be on social media.

While you might expect these nonchalant responses to upset recovering addict Ronald Hiers, he said he isn't mad at the kids who seemingly made a joke out of him and his wife hitting rock bottom,

He did not put myself nor my wife in that position. We put ourselves there. Had it been his mother or father on that sidewalk, on their face, he would have certainly called 911 instead of filming a video to see how many hits he could get on it.

Sure, Garner didn't do anything wrong. Hiers is right -- the couple put themselves in that position.

Hopefully, Garner is able to come up with a better action plan for helping those in need if he were to come across a similar situation. You never know, the same thing could easily happen to you or someone you know.