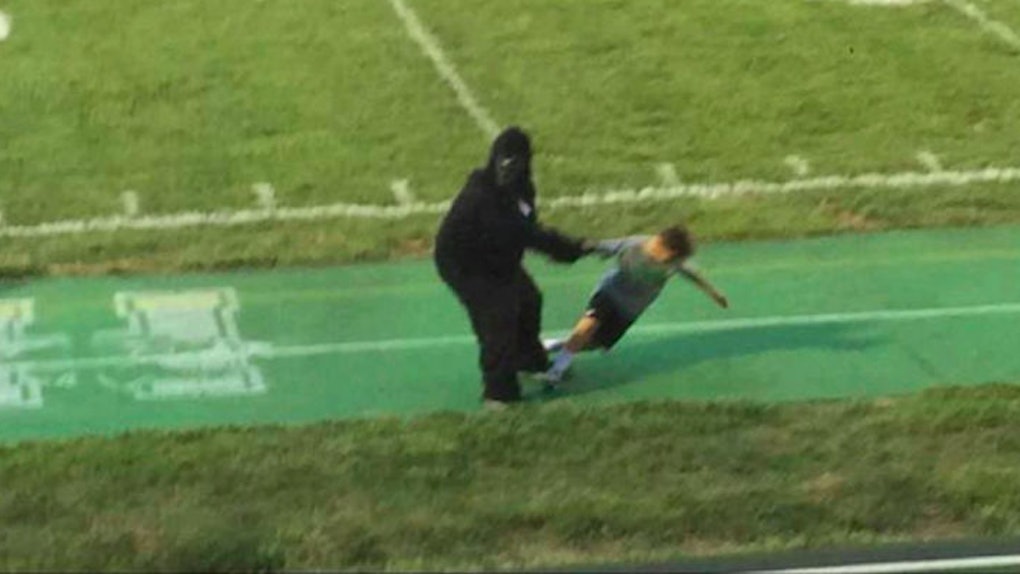 Harambe may have been tragically shot and killed back in May after a child fell into his enclosure, but he eternally lives on in meme form, like some sort of ghost of the Internet.

Now he's immortalized as a high school mascot... kind of.

At a high school football game in Cincinnati, one student dressed up as the late great ape Harambe reenacted his death with another student who was costumed as a small child.

One thing's for sure. These two kids just skyrocketed in popularity at their high school. Hey, your campaign for homecoming king never stops!

Speaking of lines though, did this whole act cross one?

Eh, maybe, but it's also hilarious. Harambe, wherever you are, I hope you approve, big guy!

In addition to the morbid reenactment, this Harambe impersonator chased another kid dressed as a banana holding a sign that read "RIP Harambe," as if he was saying, "No, banana, you're wrong. Harambe lives on... in here."

At the point of saying "in here," he would touch his heart.

Let's be real -- if I could resurrect Harambe by chasing down a high schooler that was holding a sign that read "RIP Harambe," nine times out of 10 I would.

While you contemplate what you would do to bring Harambe back, check out the full footage below of the teen dressed as Harambe going from full-on bananas.