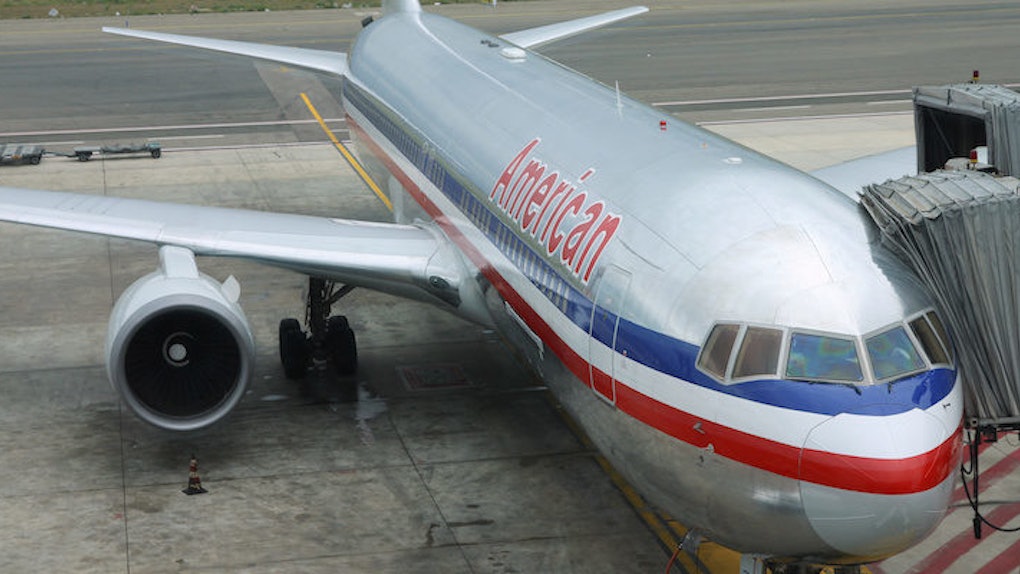 You remember math, right? You know math. It's complicated, and just scary in general, and now those are apparently excuses for profiling an Italian economist and mathematician before having him removed from a domestic US flight.

According to The Washington Post, Guido Menzio, a professor at the University of Pennsylvania, was focused intently on some equations when he boarded a short American Airlines flight from Philadelphia, Pennsylvania to Syracuse, New York.

Menzio's concentration on his math and his looks, a darker skin tone, dark hair, a foreign accent, caught the attention of a fellow passenger who peppered him with a few seemingly harmless questions. A few minutes later, the other passenger contacted a flight attendant and reportedly claimed to be sick.

After additional delays on the tarmac and the plane returning to the gate, Menzio and the other passenger were removed from the plane.

According to reports, the passenger saw what Menzio was working on and confused the complicated math for some kind of foreign script.

Now, I think we could all understand the fear behind not knowing what someone is doing, especially if he or she is focused intensely on something and is on a plane, as Menzio was.

But, I don't know if anyone could make the reasonable leap from "I don't know what this man is working on and it worries me" to "This man failed the American test by writing in a foreign language and not making small talk, therefore he's a terrorist."

I'm not saying that's exactly what the passenger thought, but I am saying this: The entire situation reeks of ethnic profiling.

In the end, Menzio proved to the authorities he was just working on math, and re-boarded the flight and flew to Syracuse as planned. The passenger who reported him never returned to the flight.

According to The Washington Post, Menzio said he was "treated respectfully throughout," but he finds parts of this ordeal worrying, including, he said, "A security protocol that is too rigid -- in the sense that once the whistle is blown everything stops without checks -- and relies on the input of people who may be completely clueless."

Menzio also recognized what many see when they hear about something like this. He saw the influence of Donald Trump's ideas.

What might prevent an epidemic of paranoia? It is hard not to recognize in this incident, the ethos of [Donald] Trump's voting base.

The US cannot let Islamophobia or a simple fear of the unknown derail the daily existence of people's lives. This man's crime was to be looking different and doing something different in the age of Trumpism, and it's up to everyone to make sure this kind of absurdity doesn't happen.

If doing math on a plane with dark complexion is enough to get you questioned, the next time authorities pull someone off a plane, it could truly be anyone, and that is a situation no one wants to be in.