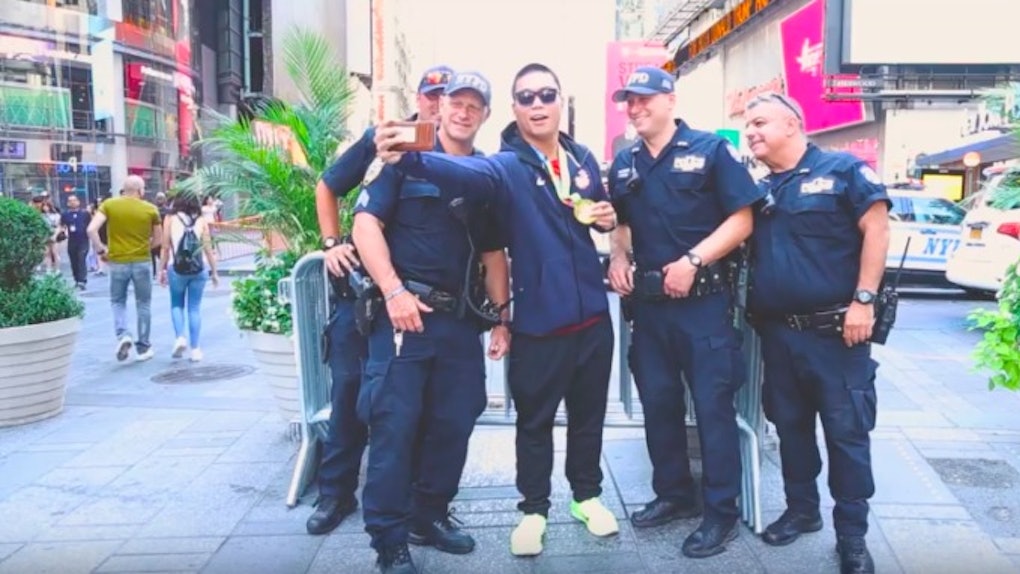 Have you ever wondered what it's like to be treated like a US Olympic gold medalist, but you just don't want to put in the hours?

Take a look at what this guy did: It's magnificent.

Kelvin Li hit the streets of New York wearing some kind of medal, masquerading as the Olympic winner of the men's badminton singles. He got some SERIOUS attention.

People kept stopping to take selfies and photos with him. They congratulated him and asked him about his experiences in Brazil.

He even got a free lunch.

No one realized that it was actually China's Chen Long who won the gold. No, not even the cops.

Kelvin clearly took his inspiration from one of our writers, who pretended he got drafted for the 2025 NBA. Connor Toole put on a suit and stood outside the Barclays Center in Brooklyn.

Soon, he was asked for selfies and autographs. Afterward, he was even given free shots at a bar in Manhattan.

Let's be honest: Who really watched the badminton games at the Olympics? They certainly passed me by.

But if this video proves anything, it's that Americans love Olympians, and we all love a prank.