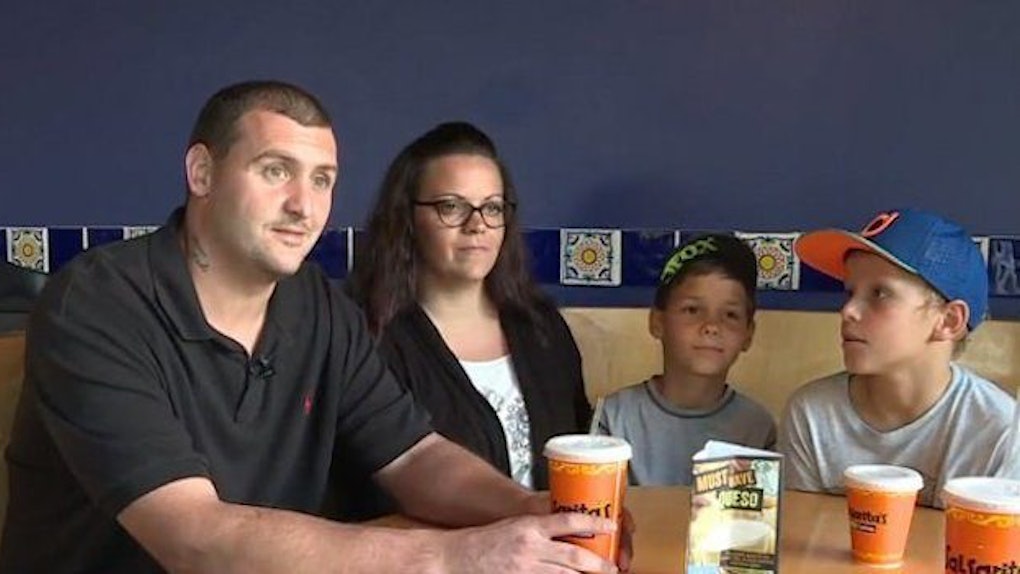 A North Carolina man came to the rescue when a criminal invaded the restaurant where he intended to propose to his girlfriend.

According to Daily Mail, Nicholas Anderson was ready to pop the question to his girlfriend, Deanna Deal, at around 6:30 pm on Monday as the couple and Deanna's son, Brighton, ate at Salsarita's Fresh Cantina in Hickory, North Carolina.

He was just about to unveil an engagement ring when a 26-year-old man burst in to rob the Mexican chain restaurant.

Anderson took action just as the robber was about to escape.

Anderson grabbed a hold of the robber, who was identified as Graham Wilson Kiziah, and he forced him back inside of the restaurant.

He then put Kiziah in a crushing chokehold, rendering him unconscious in a matter of seconds.

Anderson successfully prevented Salsarita's from being robbed for the third time in a month, and customers applauded his heroism.

Kiziah is also a suspect in the two previous robberies that took place on July 11 and July 12.

Despite the unexpected incident, Anderson would not deter from his original plan to propose, so he drove to a nearby park with Brighton and Deanna where he popped the question and received a joyful acceptance.

After all that happened, asking her to marry me wasn't near as bad.

Kiziah, on the other hand, was reportedly charged with one count of common law robbery and two counts of robbery with firearms or other dangerous weapons, Daily Mail reports.

Citations: Diner proposing to his girlfriend in North Carolina restaurant is interrupted by robber so he knocks him out and then pops the question of course she said YES (Daily Mail)