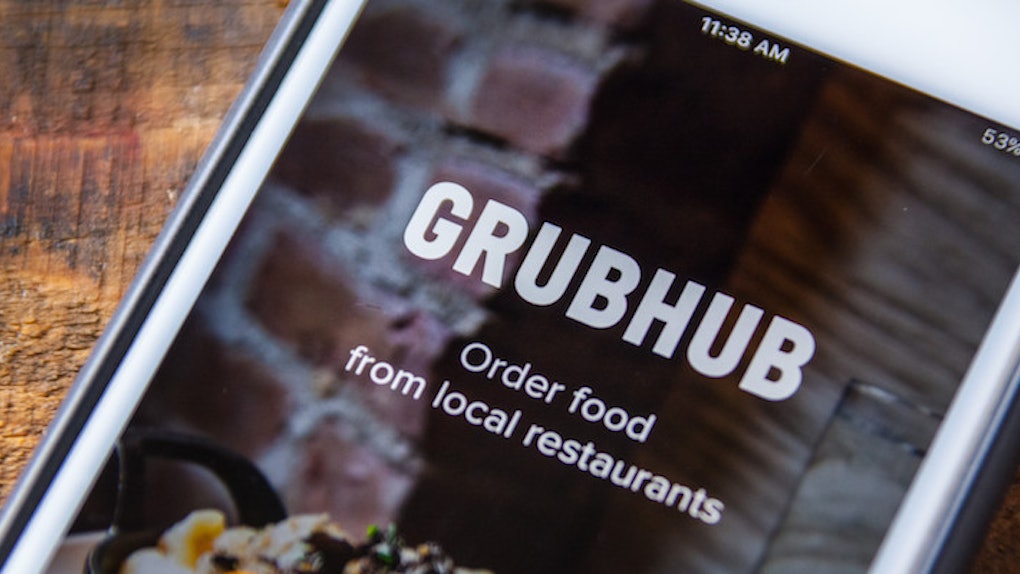 Let's face it. Not everyone is ecstatic over the recent presidential election results.

While some people are thrilled with Donald Trump's stunning victory over Hillary Clinton on Election Day, many others can't get over the fact that the 70-year-old real estate mogul and reality TV star actually pulled this thing off.

Everyone from your average American citizen working a standard 9-to-5 job to CEOs of some of the biggest companies in the world -- most people have something to say about Trump being the president-elect of the United States.

Speaking of high-ranking American executives, GrubHub CEO Matt Maloney is the latest to make headlines after sending out a lengthy email to his employees regarding the election results.

Throughout the email, Maloney makes it abundantly clear that he is NOT on Trump's side and that he will not tolerate Trump's ideology and damaging rhetoric within the company.

He even encouraged people who supported Trump to ditch their job at GrubHub and resign after saying that Trump's supporters "have no place" at the company.

Here's the second half of Maloney's letter.

Matt Maloney starts off his letter by admitting that he does not yet know what to make of the fact that Trump will be the next president of the United States.

He then goes on to express that if Trump ever had the chance to work at GrubHub and said any of the hurtful things he's said about Americans during his roller coaster of a campaign trail, he'd likely be terminated.

Throughout the rest of the letter, Maloney ensures his employees that GrubHub will not tolerate any hateful rhetoric or attitudes.

He also ensures employees that those who are "scared" and "angry" over the election results don't have to worry about GrubHub turning its back on its employees.

Finally, the CEO of the Chicago-based food delivery company urged anyone who did not agree with his email to reply to it with their resignation letter. Sounds pretty straightforward, doesn't it?

Personally, all of this seems pretty valid to me... That's probably because I took the time out to actually read and digest it.

However, once Matt Maloney's email leaked onto to social media, most people just assumed he was asking anyone who voted for Trump to resign and leave the company.

Some people were not happy.

They felt Maloney's email was alienating and unfair.

Others realized the exact point he was trying to make.

Some felt Maloney was misunderstood.

Overall, the letter sparked disagreements between all parties.

In response to the many claims against him, Maloney released a statement regarding his controversial email, saying,

I want to clarify that I did not ask for anyone to resign if they voted for Trump. I would never make such a demand. To the contrary, the message of the email is that we do not tolerate discriminatory activity or hateful commentary in the workplace, and that we will stand up for our employees.

So, what do you think? Was GrubHub's CEO in the right for ensuring his employees a hate-free company or did he cross boundaries by calling out Trump supporters with hateful ideologies?