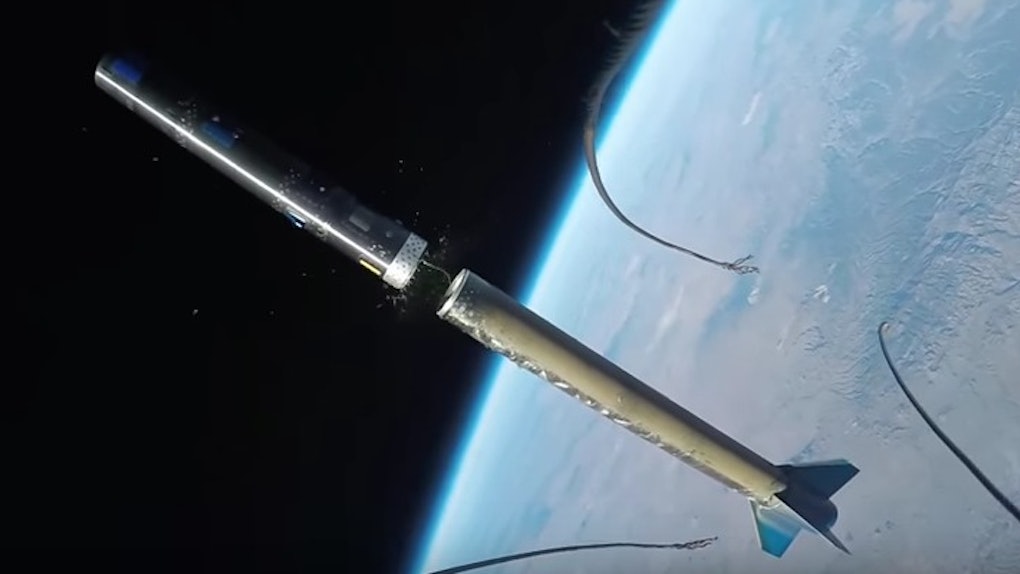 A rocket was fitted with a GoPro before launching into space, and it produced some awe-inspiring perspectives of our planet.

The 20-foot rocket was launched out of New Mexico last November to test the “aerodynamics and stability of the payload on re-entry" to the atmosphere, the video explains.

“Payload” refers to the 11-pound, NASA-built Maraia Capsule that was ejected from the rocket almost as soon as it reached space.

According to Huffington Post, the rocket traveled at speeds of up to 3,800 mph to reach an altitude of 396,000 feet before ejecting the capsule.

Much of the footage is so clear it appears fake, especially the shots of the Earth's terrain.

The test was conducted by UP Aerospace, which is under contract to complete two more NASA missions in 2016, Daily Mail reports.

The new payload deployment capability from UP Aerospace was successfully demonstrated, opening the opportunity for future entry, descent and landing technologies to be tested and matured under Flight Opportunities.

The Maraia Capsule will eventually be used as an “International Space Station-based vehicle to provide on-demand return of small scientific and engineering payloads, or function as an ISS-deployed entry technology test bed,” NASA added.

After floating back to Earth via parachute, the capsule was recovered at the White Sands Missile Range in southern New Mexico.

Citations: Stunning GoPro Rocket Launch Will Take You To Dizzying New Heights (Huffington Post), Watch dizzying footage taken by a GoPro as it is launched into space on a ROCKET (Daily Mail)