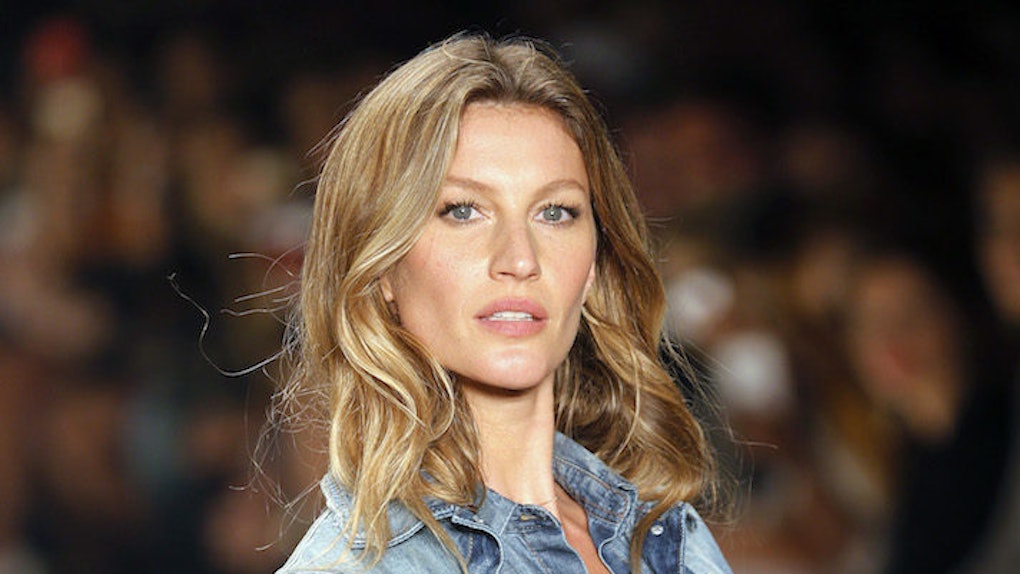 Yeah. One of the world's highest-paid models will be robbed during the 2016 Rio Olympics opening ceremony on Friday night.

It's understood that this will be part of the three-hour presentation, and will be watched by 900 million people.

A select number of people were invited to a sneak preview of the opening ceremony the other day.

Opening ceremony director, Fernando Meirelles, asked guests not to take pictures or videos in order to keep the scene a surprise.

But, you know, this is 2016. That's a big ask when we have the internet at our fingertips.

So, online rumors are circulating that Gisele will be held up by an actor as she does her stuff on the catwalk. A chase will ensue around the Olympic stadium before the police take him down.

The whole thing is to raise awareness for the dangers tourists face in Rio de Janeiro. But it's also to give them reassurance that the authorities are doing everything in their power to stop the crimes from spiraling out of control.

Last week, we heard how Jason Lee – a jiu-jitsu athlete from New Zealand – was kidnapped by men who he claims were the police. These men made him pull over on the opposite side of the highway, and then bundled him into an unmarked police car, Stuff reports.

From there, he was driven to a number of ATMs, where he said he was forced to withdraw hundreds of dollars.

He said he felt powerless because they were armed.

These guys have pulled me over, they have weapons. I'm not in any position to negotiate. At this point, I acknowledged to myself that I've completely backed myself into a corner.

If a martial arts master isn't safe, surely no one is.