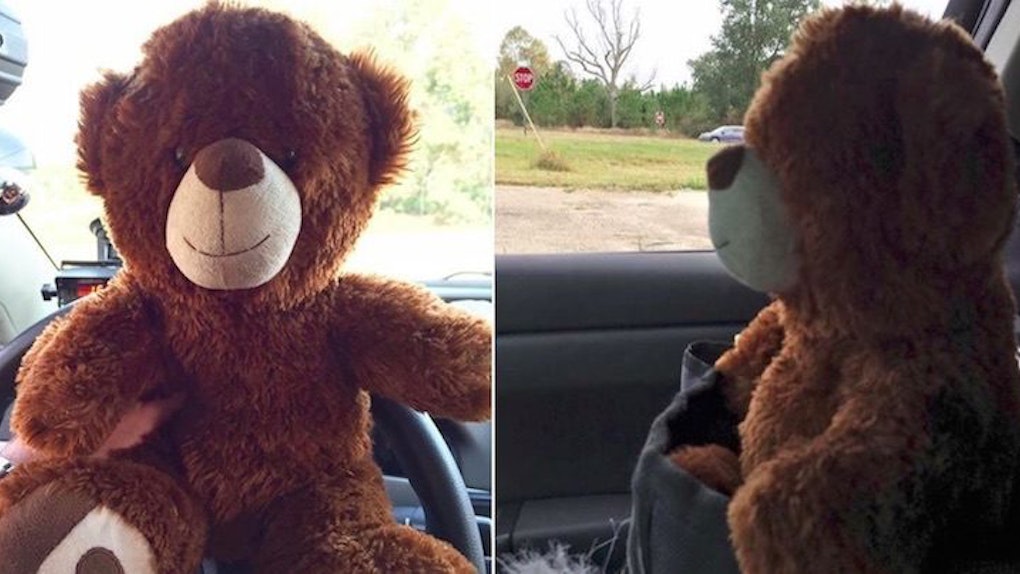 A police officer nearly broke down when a young girl gave him her teddy bear to keep him safe on the job.

According to Huffington Post, Mississippi Police Officer Josh McConnell was responding to a call in Gulfport on Tuesday morning when a girl, aged 3 or 4, approached him with her mother.

After hearing the little girl's mother tell her something, the officer asked if there was anything "[he] could do for her," according to McConnell's Facebook post.

The girl then presented her teddy bear to McConnell as he stood on patrol at a pier near a highway.

McConnell tried to give the bear back, but the child refused and explained the toy would protect him.

On a call this morning down at Courthouse Pier and this little girl walks up to me. She was about 3/4 holding a teddy... Posted by Josh McConnell on Tuesday, December 1, 2015

The mother told McConnell her daughter is related to a police officer and constantly hears his friends and family members "tell him to be safe."

McConnell posted a picture of the bear in his patrol car shortly after his first post went viral.

My new buddy has my six. Posted by Josh McConnell on Tuesday, December 1, 2015

The officer told WLOX by the time his call ended, the mother and daughter were gone.

He said he wished they stayed longer to take a picture.