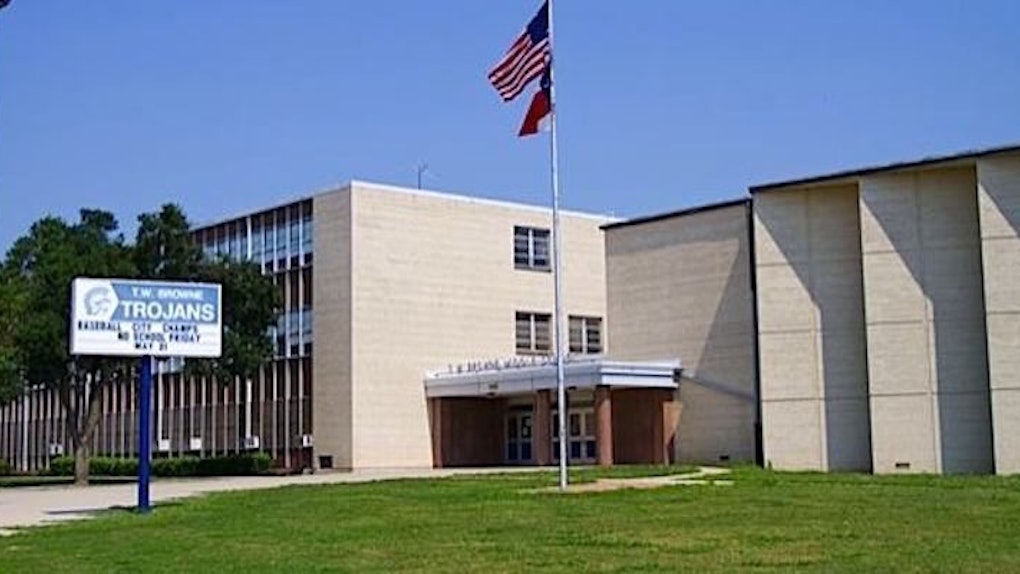 A 13-year-old girl has been arrested following an Instagram post threatening to shoot up T.W. Browne Middle School in Dallas, Texas.

The caption to the photo details the gun threat, warning "everybody" at the school, specifically eighth graders. The young girl writes,

Everybody at t.w. Browne gone die omm plus u stupid ass eight graders wanna play with me IMA kill everybody even 6graders and 7graders...this is no joke i put that oml I got a rape charge on me and I'm ready to go back to the pen ..

The girl faces juvenile charges of making a terrorist threat, which could result in up to 10 years imprisonment if convicted.

I want students to know there's a reaction to this, and if you're caught, you're going to be charged with a crime.

After being notified of the photo on Monday, school officials increased on-campus security Tuesday.

Ultimately, we've got to be clear that in the Dallas Independent School District, we aren't going to tolerate those types of threats. We're a place for learning, we're here for learning and we want to ensure the safety of our students.

Citations: Girl, 13, is arrested after 'posting a shooting threat against Dallas middle school on Instagram... just to get more followers' (Daily Mail)