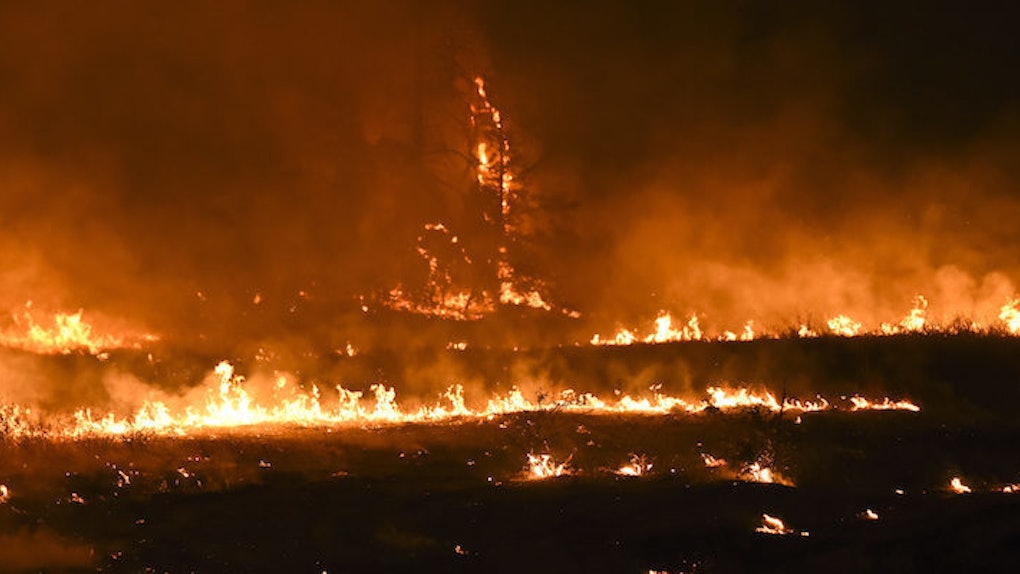 Volunteer Firefighter's Home Destroyed By Wildfire He Was Fighting

A firefighter's home burned down as he fought a catastrophic wildfire in Northern California.

Last weekend, volunteer firefighter Bob Eaton of the Cachagua Fire Protection District helped take on the fourth worst wildfire in California history, according to ABC News. That ranking is based on total structures burned.

The fire, which blazed this weekend north of San Francisco, reportedly obliterated 1,050 homes to date.

One of these homes belonged to Eaton.

He told the Santa Cruz Sentinel,

I was out fighting the fire on the other end, and then my whole place burned down. My parent's house, right below me, it burned down. And my neighbors up on top, their place is burned down.

Firefighters were swift to respond but ultimately could not outpace the destruction.

It just went so damn fast. Usually when the forest burns, they go in there and it just doesn't burn this hot and that fast.

The fire killed at least three people and was one of 10 active wildfires in Northern California, ABC News reports.

Approximately 23,000 residents of the Napa Valley area were ordered to evacuate earlier this month due to a separate fire, The Christian Science Monitor reports.

The fire that burned down Eaton's house was still a danger to 6,500 homes as of Sunday. It left 118 square miles burned, compared to another fire in the Sierra Nevada foothills that recently burned 110 square miles and destroyed 545 homes.

Though thousands of homes were still in danger, all evacuated residents of the Sierra Nevada area were reportedly given permission to return home.