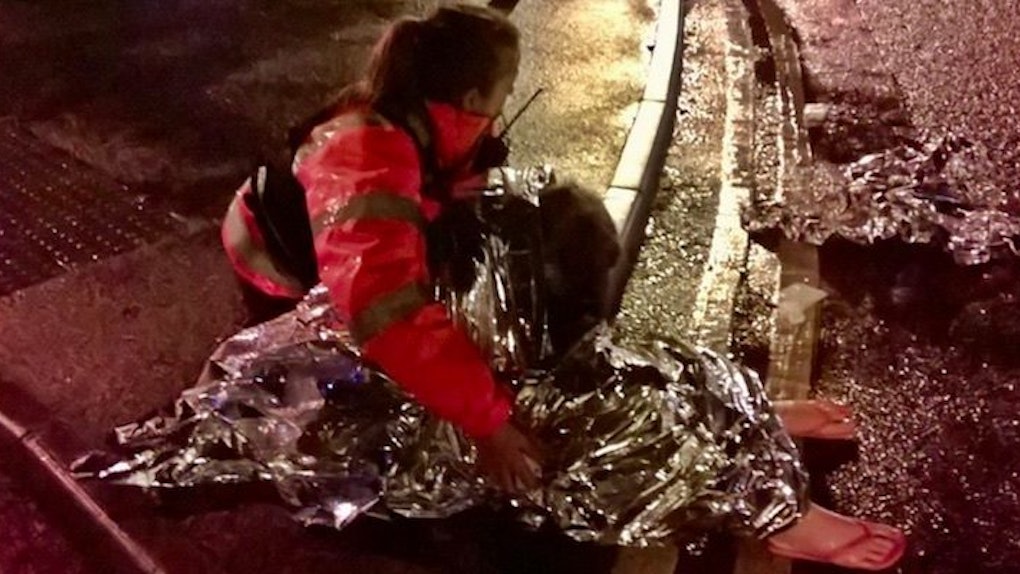 Volunteers React To Drunk Girl's Friends Who Abandoned Her

Friends aren't supposed to bail if you've had too much to drink.

They aren't supposed to run away after you get sick in a taxi, and they certainly shouldn't ignore calls for help after you've been rescued.

And if they do, they're definitely not your friends.

A group of volunteer EMTs called the Cheltenham Guardians made that clear with a open letter they posted on Facebook after caring for a girl named "Emily" for two hours on Friday, November 11.

Emily was reportedly found by the Cheltenham Guardians of Cheltenham, England, in the back of a taxi after she had thrown up. The taxi marshals were left caring for her, according to the Guardians' post.

After the volunteer group found the belligerent, helpless female, they cared for her as if she was one of their own. They eventually called her friends for further assistance.

However, when Emily's friends didn't come to help like they said they would, the Guardians were left to care for Emily themselves.

They began the open letter and said,

Dear friends of Emily. You may have started your night together enjoying the vibrant bars and clubs of Cheltenham, but somewhere along the way you lost your friend, you lost Emily. When we found Emily she had already been sick in the back of a taxi and in the care of taxi marshals. It's fair to say she had seen better days.

Apparently, it was cold and raining outside. Emily's friends allegedly told the Guardians they'd retrieve Emily at a club, but they never did.

Instead, they found it funny Emily was so intoxicated and never came to her rescue.

The group continued the message and said,

Based off the post, Emily could only remember that she was staying in a town called Montpellier, so the Guardians took her there.

Her so-called friends said they'd take a taxi and meet them so they could help Emily, but again, they never came.

My blood is boiling on Emily's behalf right now.

At this point, the EMTs were left with no choices but to call an ambulance at 4 am because they could no longer help her.

Friends of Emily, we looked after your friend for two hours. We cared for her unconditionally whilst you purposefully gave us the runaround, hindered our progress, and despite our pleas you never came. One day you may find yourself in our care. We will care for you unconditionally, we will ensure you are safe.

I hope Emily knows the people who she spent her Friday night with are not her friends.

Hopefully, they saw the open letter left on the Cheltenham Guardians' Facebook page and acknowledge their horrific behavior.

The group ended their letter with a sting, saying,

Great job guys, you can be really proud of yourselves.