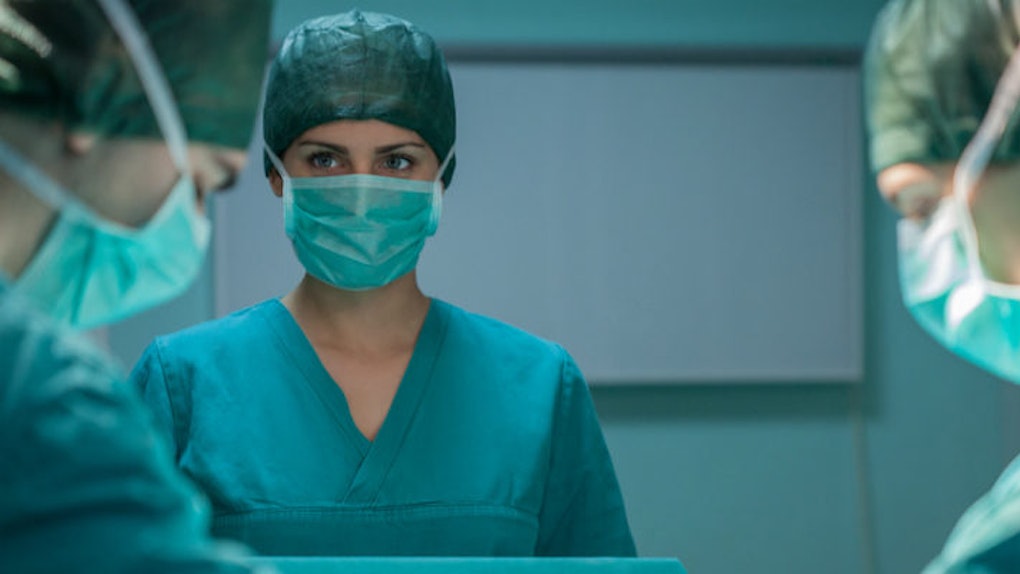 No word on if it was silent, but it was certainly almost deadly.

Honestly, this story itself reads like an urban legend (like if you pee in the community pool, the water around you will turn green).

If you fart during surgery, there is a chance that you will blow up the joint.

Let me preface this post by explaining something. This was very serious, and I am glad that the woman is safe and being treated for her burns.

I do not want to be insensitive, but...

I'm not proud of it. It's an incredibly crass thing to find so funny, but fart jokes just... get me good.

I will try my best to report this with a straight face.

While a woman at the Tokyo Medical University Hospital was receiving surgery on her cervix, she farted. The gas hit the laser being used to operate and caused a fire.

According to the newspaper Asahi Shimbun, her lower body was badly burned.

The accident happened on April 15, but details are surfacing just now after the investigation...

When the patient's intestinal gas leaked into the space of the operation (room), it ignited with the irradiation of the laser, and the burning spread, eventually reaching the surgical drape and causing the fire.

Thankfully, the woman, who was not named, lived through the ordeal.

The investigators saw no flammable material, and the equipment was in proper working condition. They ruled the poorly timed Vladimir Pootin' caused the explosion.

Farts, as we all know, are the ghosts of the food you've eaten.

So maybe make sure you aren't feeling gassy before you have surgery and have a light meal.