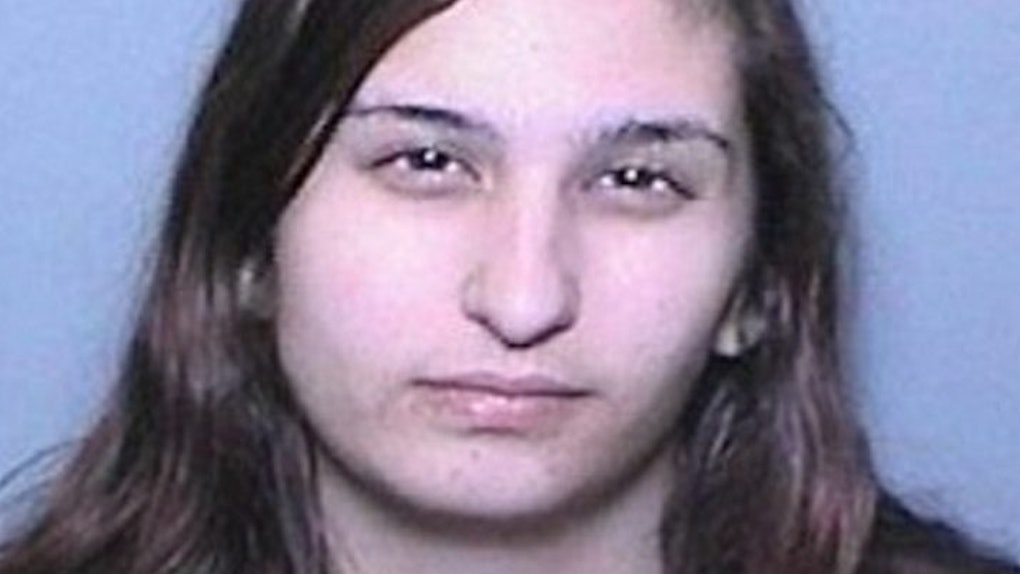 According to DailyMail.com, the troubled woman created a fake Facebook page under her ex-boyfriend's name last year after the two broke up.

From this fake account, Lawson allegedly sent eight messages where she threatened to beat and murder herself.

After reporting the fake messages to the police in Orange County, California, her ex, Tyler Parkervest, was arrested and charged on four accounts of threatening, stalking and kidnapping Lawson.

Before his preliminary hearing in May, Lawson sent herself even more threats from her own devices, the Daily News stated.

Apparently, she used screenshots of the messages she sent to herself in court while testifying on the witness stand, and investigators felt the need to look further into the case.

It's been reported by the Daily News that Mark Geller, deputy district attorney, told the paper their about the epiphany.

One of my DA colleagues looked at it and said, 'It doesn't look right,' and that triggered in our mind, 'Maybe we need to look into this further.

It's a good thing they decided to dig deeper into the case, because they soon found that Lawson was indeed guilty of posing as her ex-boyfriend on social media and framing him for sending the threats.

Investigators allegedly acquired search warrants for T-Mobile and Facebook and were able to track Lawson's records, proving her guilty.

The T-Mobile records showed that Lawson disguised herself as Parkervest with a similar Facebook account. Lawson sent herself numerous criminal threats from the phony 'Tyler Parker' Facebook account and reported to law enforcement that Parkervest sent her the messages. Lawson had Parkervest arrested four times for crimes that he did not commit.

Luckily, all charges on against ex, Tyler Parkervest, were dropped.

However, Lawson has been sentenced a one-year sentence in a county jail.