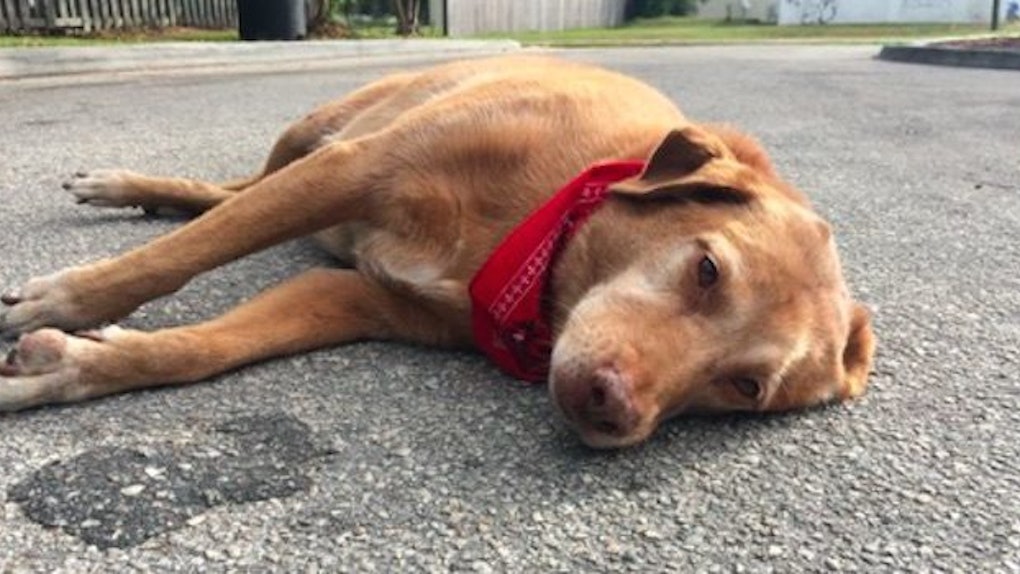 This devastating example of one dog's bond with his owner will have you in tears.

It is believed 42-year-old Kelly Black was taking her dog Paco out for a walk when she was fatally struck by a semi-truck on Friday morning.

The tragic scene was made even more heartbreaking as, according to reports, Paco stayed by his owner's side while police investigated and even put up crime tape around him.

In an interview Action News, Black's family said the two were always together.

SAD. Neighbors believe woman was walking her dog. This one has been lying down, alone near crash scene for some time pic.twitter.com/f7vADgVIMS — Russell Colburn (@RussellANjax) October 23, 2015

Family: Kelly & Paco were inseparable. Paco was by her side when she died & stayed here, alone, after @ActionNewsJax pic.twitter.com/gaXSIWmAz0 — Russell Colburn (@RussellANjax) October 23, 2015

After Kelly was hit, Paco remained at the scene for hours until the family came to retrieve him.

Police said there were no witnesses to the accident, adding the driver may not have even known Black was hit.

You can watch the full report here.

Citations: Dog Refuses To Leave Owners Side After She Was Killed In Hit And Run (Huffington Post)