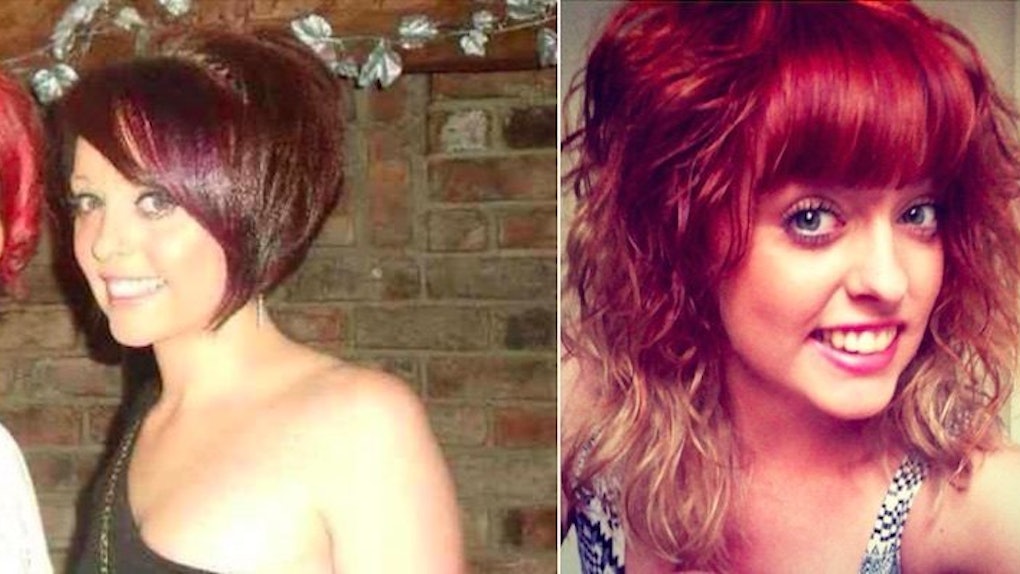 Facebook allegedly refused to take down photos of a murder victim posing with the man who became her killer.

According to Daily Mail, Asher Maslin murdered his ex-girlfriend, Hollie Gazzard, 20, in February 2014 after she broke up with him.

Maslin reportedly walked into the hair salon where Gazzard worked in Gloucester, England and stabbed her 14 times with a kitchen knife.

Gazzard, who was approaching the end of her shift when she was attacked in front of several coworkers, died at the hospital shortly after.

Five months later, Maslin was sentenced to life in prison, according to the BBC.

Many photos from Gazzard's Facebook account are apparently still visible because the profile was memorialized after her death.

Among these photos are nine images of Gazzard and Maslin posing as a couple, the majority of which can only be viewed by Gazzard's Facebook friends.

It makes me feel sick when I look at those photos, and to be truthful I try not to go into her Facebook site as I get quite distressed by it. We would like to continue to remember the good times we had with her but are left traumatised when you see her with him.

Nobody can remove the photos, which were taken by Hollie, because memorialized profiles are unable to be modified in this manner.

Nick asked Facebook to take the photos down, but the social network refused, saying this would violate its policy regarding frozen accounts.

People have told us that they would like to leave a legacy on Facebook. We memorialize accounts to provide a place of remembrance and maintain the profile as it was when the person passed away. We understand in tragic cases such as this it may mean there are sometimes painful reminders, but memorialized accounts are designed to preserve the privacy of the deceased.

Gary Rycroft, who does work with digital assets for an English law association, told Gazzard to contact Facebook about withdrawing copyrights of the photos his daughter took as a way to get those nine photographs taken down.

Nick Gazzard added he is "not hopeful" about Facebook reconsidering his request.

Citations: Father of a murdered hairdresser slams Facebook for refusing to remove photographs of his daughter with the ex-boyfriend who killed her (Daily Mail), Facebook photos of Hollie Gazzard with her killer 'causing distress' (BBC)