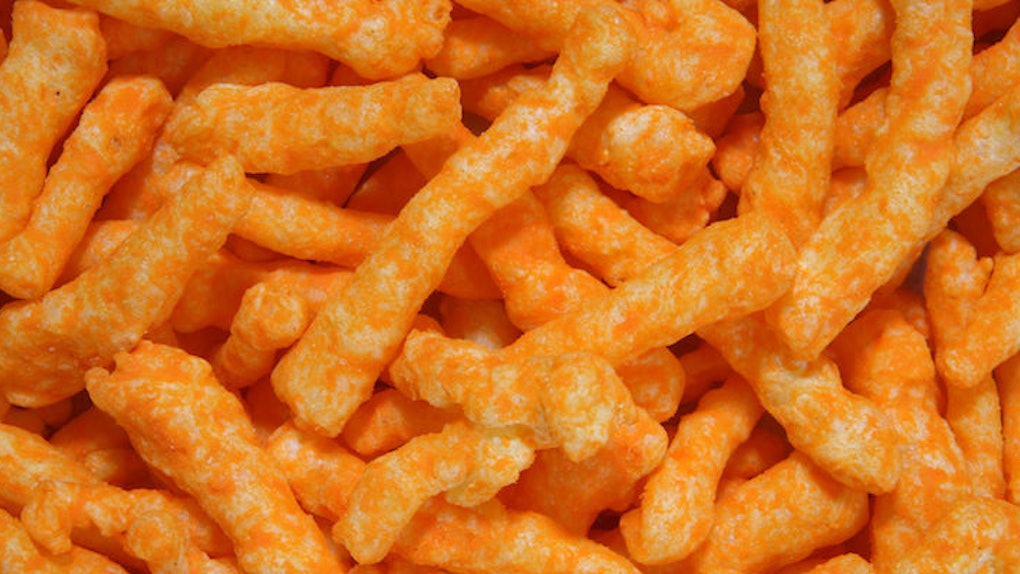 A lot of people have hard feelings after a bad breakup.

However, instead of feeling salty like most people, 31-year-old Shemroy Williams was feeling particularly spicy after splitting up with his girlfriend.

No really: Williams is the hot-headed man convicted of using Cheetos to set his ex-girlfriend's house ablaze.

Yeah, I guess he took the snack's "Flamin' Hot" catchphrase a bit too seriously.

On March 10, 2016, Williams went over to his ex-girlfriend's house in Taunton, Massachusetts, and then tried to used the puffed cheese snacks as a fire accelerator to burn down the home with her still inside.

According to the Taunton Daily Gazette, firefighters and police were called to the scene where the found a blazing fire on the porch and a propane tank resting along the side of the house.

The Taunton Police apprehended Williams near the scene of the crime where he was caught orange-handed with two lighters and a empty bag of Cheetos.

Authorities report that the man tried to start a fire at five different locations around the house, according to the Taunton Daily Gazette.

Apparently, Williams had been hot on his ex-girlfriend's trail for quite some time because she told police that her ex had been stalking her.

According to the Bristol County District Attorney's Office, Williams was convicted of malicious destruction of property as a result of his cheesy crime and sentenced to serve two-and-a-half years of jail time, the Taunton Daily Gazette reported.

The defendant engaged in outrageous behavior that jeopardized the safety of the intended victim, her friend and first responders. I want to thank Deputy Fire Chief Scott Dexter for his quick response and removal of the propane tank. I would also like to thank Judge Brennan for imposing the maximum jail sentence, which was well deserved.

Now, I know what you're probably wondering and the answer is, no.

Chester Cheetah was not charged with any connection to the flamin' hot crime, despite the incriminating cheesy evidence left at the scene of the fire.