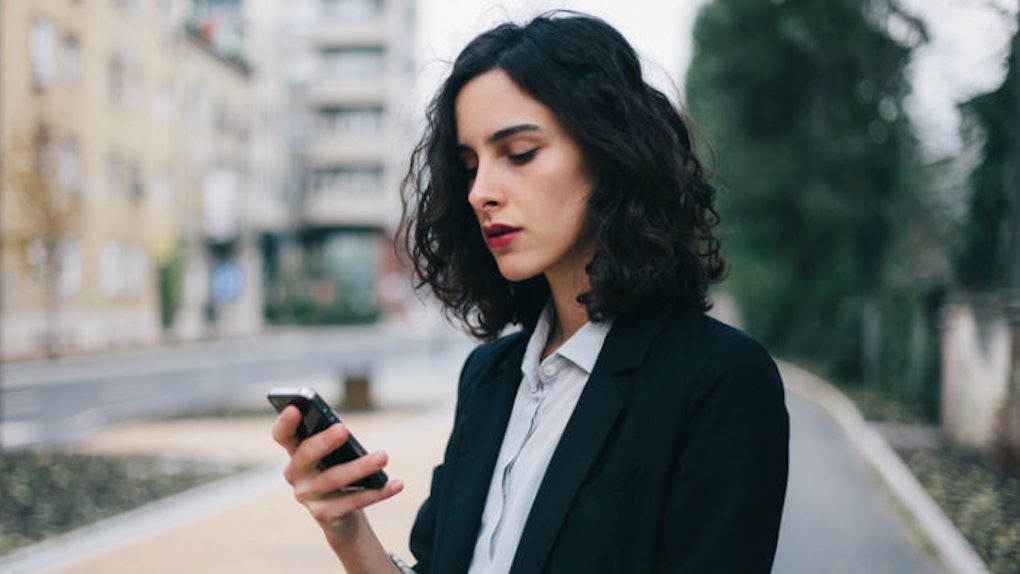 If someone you're romantically involved with is not responding to your three back-to-back texts, chances are things are done and you may have been ghosted.

If your ex is not responding to your thousands of texts, then WHAT ARE YOU DOING?! LEAVE THIS PERSON ALONE!

Liam Crossland sent his ex-girlfriend Kirsty Janney of Scunthorpe, North East Lincolnshire over 1,200 texts and 300 missed calls in a period no greater than a week.

#Uk • Lover jailed after threatening ex-girlfriend and saying he will cut her up 'like a pig' : Liam Crossland,… https://t.co/ACzfm4ppLV pic.twitter.com/4ZXSkHz9TA — Kazi UK™ (@Kazi_UK) December 29, 2016

Take a good look. This is the face of a man who probably thought, "Well, I've already texted her 1,199 times, maybe I should stop... Nah, she's just probably napping."

She's not napping, Liam. She's probably terrified out of her fucking mind and probably wonders how you have so much fucking data on your text plan.

Also, he sent that in a week? Where does this guy get the stamina to text that much? Every time I type, "hey what's up?" I become exhausted and won't go near my iPhone for the rest of the day.

In fact, Liam made vile threats via texts, which were heard in Grimsby Crown Court (not a location created by Lemony Snicket).

In addition, he assaulted her on October 12, he once threw a brick through her window, and he even visited her place of residence and said,

If you don't open the door, I will slit your throat when I get hold of you.

He even took to Facebook (come on, Liam -- if they're not responding to your texts, no one is going to read you Facebook messages) to threaten her saying that he'd "cut her up like a pig."

He also sent her a picture of a brick and a large knife. Like, has this guy ever heard of the heart eyes emoji?! Maybe just stick to that?!

Citations: Obsessed lover is jailed after sending his ex-girlfriend more than 1,200 text messages, threatening to slit her throat and cut her up 'like a pig' (DailyMail.com)