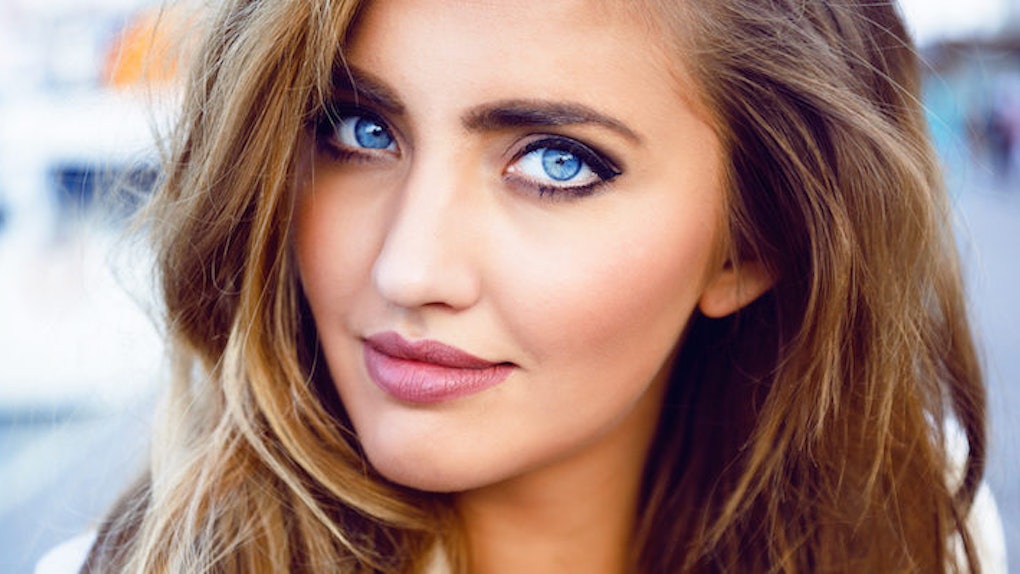 Blue and green eyes are often treasured and admired, not only for their beauty, but for their rarity.

But it turns out everyone actually has brown eyes, according to science.

Yes, you read that correctly. Blue-eyed and green-eyed folks: Your eyes are brown.

Biology and physics are apparently to blame for this.

As Dr. Gary Heiting, a licensed optometrist and senior editor of the eye care website All About Vision, explained to CNN,

Everyone has melanin in the iris of their eye, and the amount that they have determines their eye color. There's really only (this) one type of pigment.

Melanin, a pigment also found in skin and hair, is naturally dark brown. It can absorb different amounts of light, depending on how much of it there is.

If there is a lot of melanin in the iris, it absorbs more light and and less light is reflected out, so the iris looks brown.

But if there isn't a lot of melanin in the iris, it reflects more light out.

This process is known as "scattering," and it means the light is reflecting back on shorter wavelengths, which coincides with the blue end of the light color spectrum.

Since babies' eyes aren't fully developed and don't have a lot of melanin, this explains why some infants are born with blue eyes, but eventually develop brown eyes.

If you have blue eyes and are feeling less unique because of all this, you might be comforted by a theory from Professor Hans Eiberg at the University of Copenhagen.

Eiberg's research shows blue eyes are the result of a genetic mutation that occurred around 10,000 years ago.

Before this, all humans had brown eyes, but the mutation left some with less melanin in their eyes.

This could be linked to natural selection and survival of the fittest. In other words, certain people evolved to have blue eyes because it made them more attractive as potential mates.

So, even though we all technically have brown eyes, people with blue eyes are, in a way, more evolved (sexier) human beings.

Eiberg's research also shows that all blue-eyed people share a common ancestor, since people with blue eyes possess nearly the exact same genetic sequence in the part of the DNA that dictates eye color.

Comparatively, brown-eyed people exhibit a great deal of disparity when it comes to the gene that determines eye color.

Originally, we all had brown eyes. But a genetic mutation affecting the OCA2 gene in our chromosomes resulted in the creation of a "switch," which literally turned off the ability to produce brown eyes. From this we can conclude that all blue-eyed individuals are linked to the same ancestor. They have all inherited the same switch at exactly the same spot in their DNA.