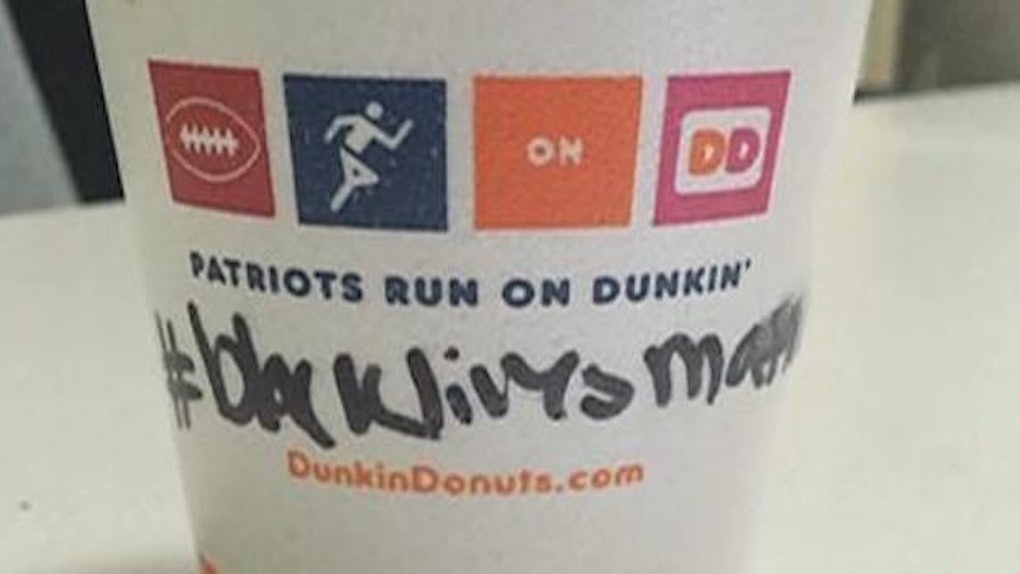 Dunkin' Donuts apologized for the behavior of an employee who reportedly wrote #blacklivesmatter on a police officer's coffee cup.

According to Boston.com, the officer was buying coffee at a Dunkin Donuts in Providence, Rhode Island at around 3 pm on October 2 when he encountered the female employee.

The worker was immediately rude, and didn't appear to want to serve him in Uniform.

As the officer left the location, he noticed "#blacklivesmatter" was written on the cup in black marker.

The incident was reported to the Providence Fraternal Order of Police, the union representing the police department.

On Sunday, the union released a statement, saying,

Members of this Union, who represent active and retired Providence Police officers adamantly, believe that 'all lives matter'… The negativity displayed by the #Blacklivesmatter organization towards Police across this nation is creating a hostile environment that is not resolving any problems or issues, but making it worse for our communities.

The statement also called the employee's actions "unacceptable" and "discouraging."

Dunkin' Donuts issued its own statement to Boston.com shortly after suggesting the employee was disciplined.

Dunkin' Donuts and our franchisees share a commitment to the well-being and fair treatment of all our guests. The franchise owner has apologized to the police officer on behalf of Dunkin' Donuts, and he has counseled the employee about her behavior.

WHDH reports the Dunkin' Donuts allowed the employee to keep her job.