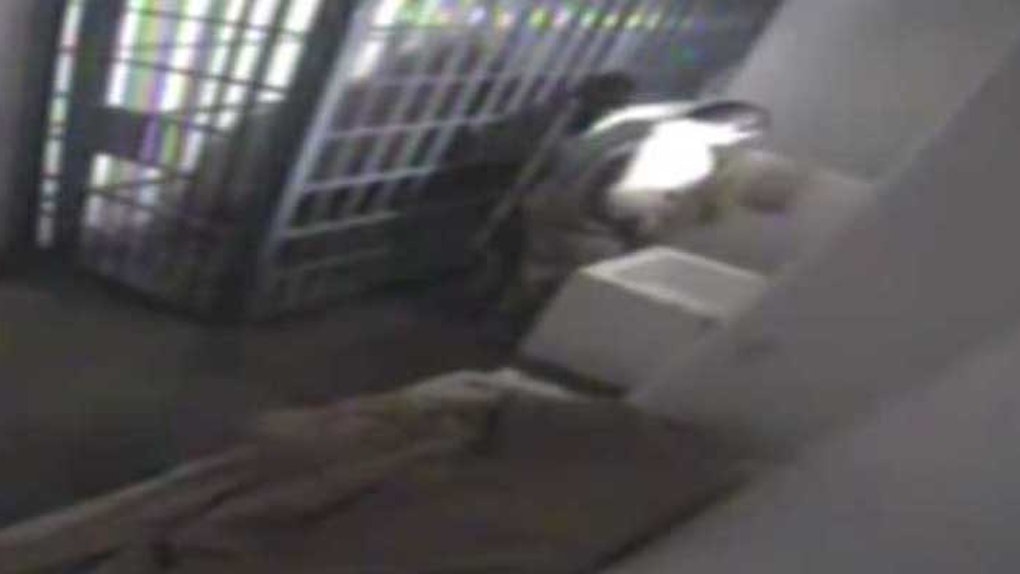 According to The Guardian, the footage released by Mexican broadcaster Televisa shows the final minutes before Guzmán slipped through a hole in the floor of his shower area to escape from prison for a second time in July.

The loud voices heard throughout the footage came from Guzmán's television, put on a high volume to prevent guards from hearing the hole being hammered through the floor.

Whether the hammering noise was deliberately or unknowingly ignored by the guards who were watching the security camera remains unknown.

Federal prosecutors have also yet to confirm the authenticity of the new audio accompanying the footage.

The Mexican interior ministry previously stated Guzmán's elaborate escape involving a mile-long tunnel could not have occurred without the help of prison workers who may have agreed to keep their knowledge of the escape secret.

Numerous prison workers, including the maximum security facility's directors, were arrested, but the amount of inside assistance utilized in the escape remains unclear.

Guzmán's tunnel, built just high enough for the 5'6" Sinaloa Cartel leader to walk through, had a motorcycle waiting for him to use and reportedly cost millions to build.