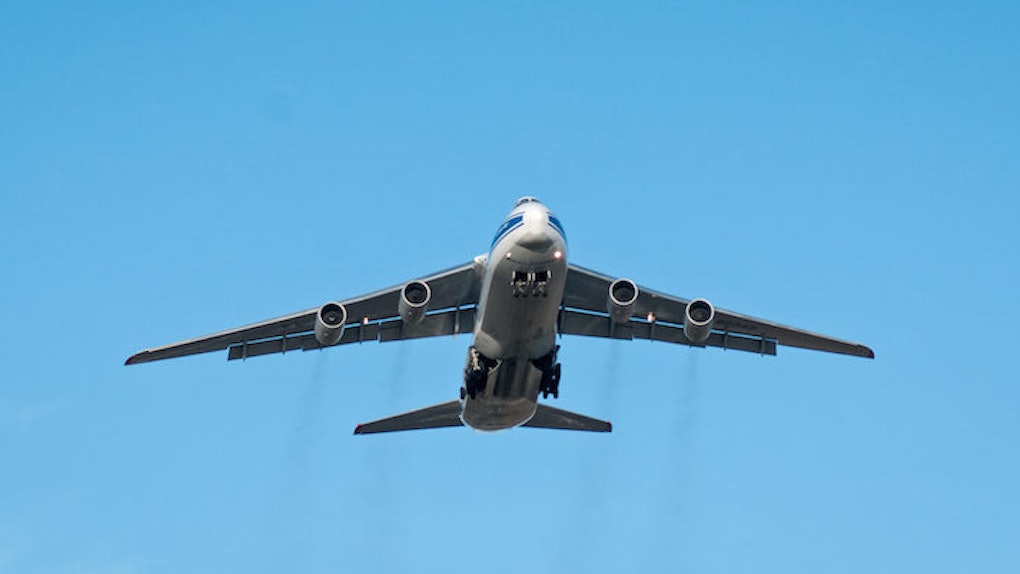 EgyptAir Flight From Paris To Cairo Disappears From Radar

Update, May 19th, 10:40 am EST: Images have surfaced of alleged debris from the aircraft floating in the Mediterranean Sea.

Update, May 19th, 9:15 am EST: Officials confirmed the plane plunged from 37,000 feet to 15,000 feet before vanishing from radar screens. Calls from Greek air traffic controllers just before it disappeared from the radar went unanswered.

They believe it crashed into the Mediterranean Sea between Greece and Egypt. There is no official cause yet, and terrorism has not been ruled out. Authorities are searching for debris in the Mediterranean.

On Thursday morning, EgyptAir tweeted one of its planes had disappeared from radar.

The flight, carrying a reported 56 passengers and 10 crew members, was flying from Paris to Cairo.

According to the airline, the flight disappeared just after entering Egyptian airspace. The plane, an Airbus 320, lost contact with radar at 2:45 am Cairo time at an altitude of 37,000 feet, according to ABC News.

The pilot, according to EgyptAir, has "6275 of flying hours including 2101 flying hours on Airbus 320." The co-pilot, EgyptAir additionally reports, has 2766 flying hours.

CNN aviation correspondent Richard Quest notes, "Planes just do not fall out of the sky for no reason, particularly at 37,000 feet," which he calls the safest part of the journey.

This incident comes just two months after another EgyptAir flight was hijacked and forced to land in Cyprus. In that incident, the hijacker, Egyptian Seif El Din Mustafa, apparently took control of the plane over personal issues with his wife.

Safety with Egyptian airports has become a growing concern after a Russian plane crashed in November, killing all 224 people on the flight. ISIS quickly took responsibility for that crash, however, Russian and Egyptian officials denied this claim.

Ihab Raslan, a spokesman for the Egyptian civil aviation authority, told SkyNews Arabia, the plane likely crashed into the sea.

There is, however, still hope to find survivors. CNN meteorologist Pedram Javaheri notes,

The water temperatures in the eastern Mediterranean near Egypt are in the low 20s Celsius [mid 70s Fahrenheit]. Survival times in such waters range from 2-7 hours for the elderly or individuals in poor health, while they range anywhere from 2 to 40 hours for healthier individuals.

So far, no new information from the airline or other official sources has been shared. Search and rescue efforts are underway. The story is developing.

*Note -- An earlier version of this story reported 59 people onboard.