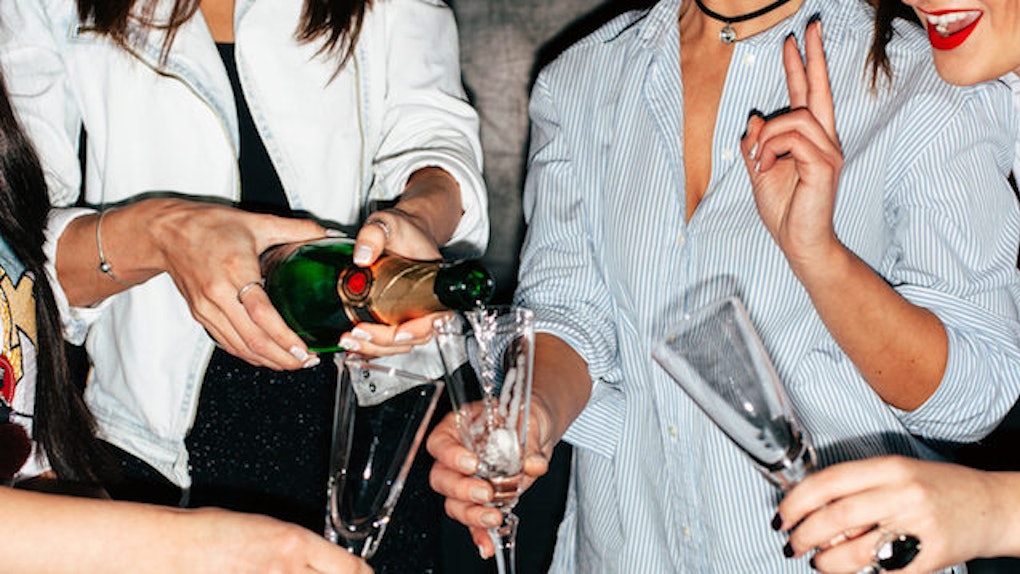 How Drunk You Get On Your 21st Bday Affects Drinking Habits

Turning 21 is one of the biggest milestones in an American kid's life: Time to toss your older sister's ID, stop pretending you're 5'8" when you're really 5'3", forget your fake zodiac sign and finally stride into a bar without awkwardly stammering at the bouncer because you're legal now, dude!

So naturally, the 21st birthday is monumental. It's a rite of passage you typically mark by celebrating hard with alcohol — your new best friend (or really, your very old friend you've been telling your parents you don't hang out with anymore because they think she's a horrible influence).

Unfortunately for those of us who ended up puking at a McDonald's that night, a new study says binge-drinking on your 21st birthday has some serious consequences down the line.

Researchers at the University of Washington followed a group of 600 undergrads, studying their drinking habits from one month before their 21st birthday to one year after.

The people who drank the most on their 21st birthday ended up drinking the most in general during the next year.

Regardless of whether they barely drank or were avid drinkers before the big day, they still saw their alcohol intake go way up compared to their peers who celebrated a little more casually.

The reason the study is so important is because it's the first time it's been proven heavy drinking on one occasion could have an impact on one's long-term drinking habits.

And these students weren't just drinking more. Students who drank heavily on their birthday also suffered more alcohol-related consequences throughout the next year — aka "vomiting, blacking out and neglecting responsibilities."

We didn't expect one day's behavior to matter for an entire year of choices, but it did.

So what does that mean if it's too late for you, you poor 23-year-old, you? Well, as always, you should continue to be mindful of how much alcohol you're consuming to avoid this problem.

As we all know: Drinking too much leads to serious health issues (not to mention emptier wallets and more regrets).

And you maybe should consider NOT buying seven shots for your friends or little siblings on their 21st birthday.

Sure, you've potentially already doomed yourself, but no reason to bring someone else down with you, right? And let's be honest, puking in that McDonald's was definitely a memory we can all do without.