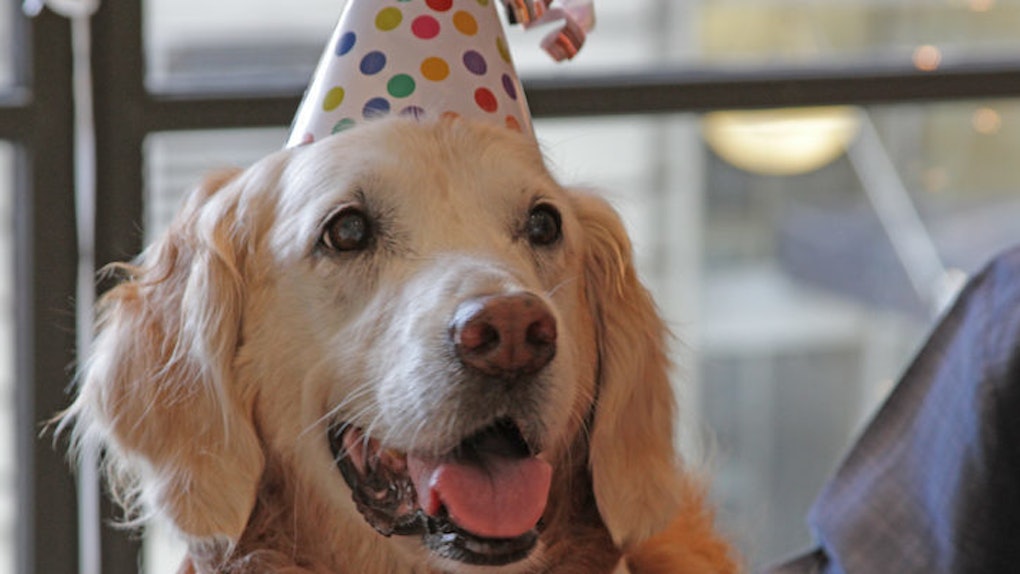 As a dog owner, you know one thing: You will almost certainly outlive your dog.

The average dog lives until the ripe old age of 13, and that's if you're lucky. Pet owners have come to take this as a fact of life and simply choose to enjoy what little time they have with man's best friend.

But, what if they didn't have to?

What if there were a drug you could give dogs that would extend their lifespan? Would you give it to your dog?

Scientists are currently studying a drug known as rapamycin, which could extend the lifespan of Fido, and one day, it could potentially extend your life as well.

As MIT's Technology Review reports, scientists are currently tracking 20 household dogs in Seattle, all over the age of six, to see what effect the drug has on their lifespan.

Prior to testing on dogs, the drug has proved its anti-aging effects in worms, fruit flies and mice. If it proves successful (and safe) in dogs, it will be tested on human volunteers next.

The drug has already proved to extend the life of lab mice by 9 to 14 percent, meaning it could extend the average dog's life by as much as 1.82 years.

If the same goes for the average human, it could mean an extra 11.48 years of life.

And, while the effects are fascinating, the drug itself may be even more interesting.

Rapamycin is made from a naturally occurring bacteria found in soil first discovered underneath a moai (those giant head statues) on Easter Island.

In 1983, the substance was almost lost completely.

As Business Insider explains, the pharmaceutical company Ayerst was set to close its Montreal lab. The company told Dr. Suren Sehgal to discard anything that didn't have a productive use yet.

Instead, Dr. Sehgal pocketed the soil and took it with him. He put it in his freezer and wrapped it in packaging that said, "DO NOT EAT."

After years of personal testing, Sehgal found that rapamycin could help to suppress the immune system after an organ transplant. The FDA approved its use in 1999.

In 2003, Sehgal died after a lengthy battle with colon cancer. Though, through his discovery and mad science, our pets, and perhaps we, may enjoy a few extra days in our twilight years.