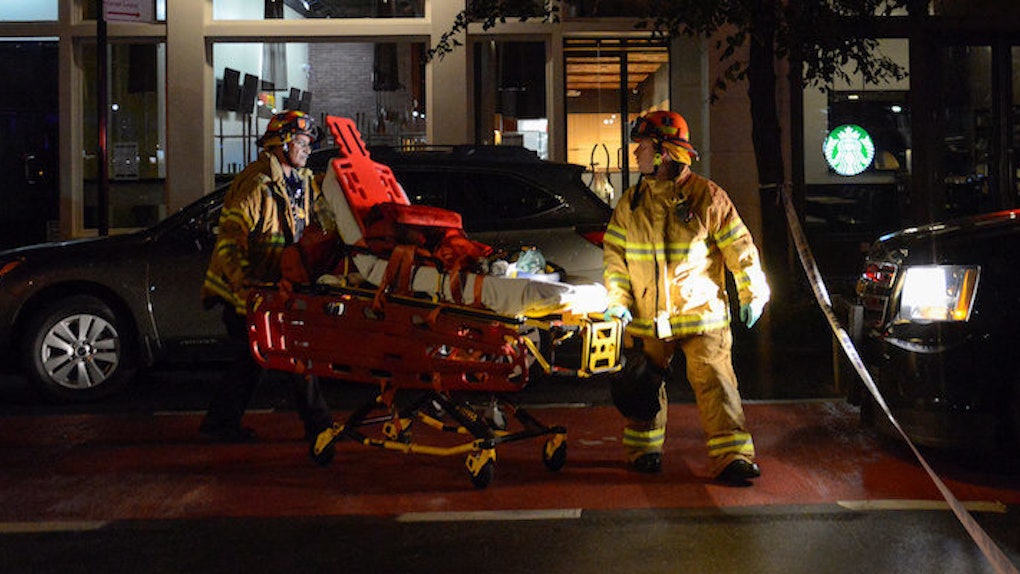 Dramatic footage has emerged showing the moment an explosion tore through part of Chelsea in New York City.

In the video, caught by a surveillance camera, people are seen running for safety when a ball of fire lights up a sidewalk off 23rd Street and Sixth Avenue.

Smoke is seen rising from outside a building as huge chunks of debris shower the area.

Another video, published by Associated Press on YouTube, shows the chaotic aftermath.

Around 29 people were injured in the blast. None of those injured are reportedly in a life-threatening condition, but one is described as serious.

Mayor Bill de Blasio said the blast, which went off at around 9 pm on Saturday, is being treated as "intentional."

However, he stressed there is no evidence of a terrorist connection.

At a news conference he said,

New York City experienced a very serious incident. All elements of our first responders have been a part of the operation here. Injuries are significant. At this point we can confirm none of those injured are likely to die. We also want to be upfront and say there is no evidence at this point of a terror connection to this incident. This is preliminary information and something we will be investigating very carefully but there is no evidence of a terrorist connection.

He added, "There is no specific and credible threat against New York City at this time," but continued,"This was an intentional act."

Police found a second device that is believed to be a pressure cooker hooked up with wires.

We do have video, and we see the explosion and we're going to use this to help us in our investigation. Right now, it appears that the explosion took place outside on the street.

The explosion is not being linked to the blast in New Jersey earlier that day.

A device went off as runners prepared to take part in a charity race in Seaside Park.

The event had been delayed because of an unattended bag. The bomb went off in a garbage bin and the race was canceled. There were no reports of injury.